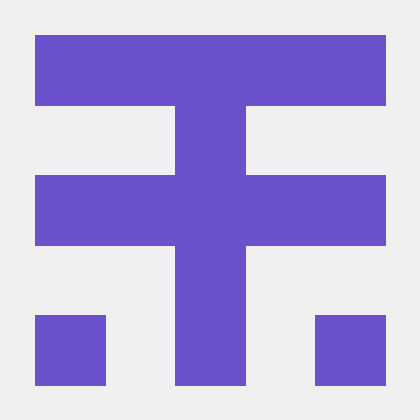 Also, I’ve gotten pretty good at Go in the meanwhile, so if you need to automate something IO-heavy or parallelized – feel free to drop a line.

Very handy and worked perfectly for me! Thanks!

I’m not too familiar with go, but I assume I have to build it first?

Running
go build
in the directory works without errors and produces a cloudy-uploader executable.

There is no cloudyuploader (without a hyphen) and I can’t execute anything.
Sorry that I have to ask, but where am I going wrong?

There is a pre-compiled version on GitHub.

(The clue with GitHub repos is always look for the tab named “Releases”. That’s usually where the pre-compiled versions will be if they aren’t linked to the main page.)

In this case if you go to https://github.com/Andrew-Morozko/cloudy-uploader/releases you will find a link to cloudyuploader_v1.0.0-alpha_macos.zip.

If you download and unzip that you will get a cloudyuploader file.

Oh snap, usually I do. Somehow I first thought it would be similar to ruby or python scripts that are just executable and then why I ran the go help didn’t think you would have gone to this extent and provided a compiled version

Thank you, I will check it out this evening.

That’s great news. I’m very happy to see this update to use the keychain. Well done!

I downloaded that and it opens in Terminal but I don’t see where to put in my login info or tell it what file to upload. Definitely operator error but I wondered if you could point me in the right direction?

Check the read me in the repo. Login parameters arr listed there.

I saw that but I’m not sure what it wants me to do. I’ve done very little with the terminal so if it’s something obvious… it just isn’t obvious to me.

The help suggests something like this should work to upload an mp3 file called “some file” for pm the current user’s Document folder when the correct Overcast credentials are substituted in.

The credentials should be saved by default it says and then you can just upload the files without respecifying them each time.

I don’t have an Overcast premium account to confirm with. I’ve just used Huffduffer for ad hoc files on the rare occasion I wanted a non podcast in the app.

The easiest way to use this program is to open terminal, drag-and-drop the cloudyuploader binary and then drag-and-drop your files. After that press enter. You will be prompted for login/password interactively if they weren’t already stored.

Okay, I was able to get it. Thanks to you both. Much appreciated.

What I really, really like about this solution, as opposed to all of the others that I have tried, is that it shows a progress meter so I have some idea that it is working and how long it will take to finish.

I grabbed a cloudyuploader executable as described, but couldn’t run it… got the following error:

Is it because it’s not compatible with M1 Macs?

Is it because it’s not compatible with M1 Macs?

Hrm… that’s odd. Well, first I can tell you that it is compatible with M1 Macs, because I’m using it on one.

Make sure you downloaded the “Mac 64-bit” version.

When I downloaded the newest version, I had to remove the quarantine flag:

which I don’t remember having to do before, so maybe that is the issue?

Yep, it wasn’t build for arm macs yet. Also I think now apple requires all executables to be signed, I’ll look into setting that up when I’ll get some free time.

Pushed a new version with an experimental build for arm macs. Language I use only supports it in the latest beta release, so no guarantees. You could run the x64 version under rosetta (arch -x86_64 ./cloudyuploader)

You rock, thank you.

I will check it and hope to be able to contribute someday.

FWIW - the new version works fine on my M1 Mac.

Will it be possible in the future to have a universal binary? I share my /usr/local/scripts/ between my Macs and most are Intel except my MacBook Air.

(Not a huge issue… for now I plan to just keep using the intel version on my M1 Mac too.)

Update: I figured out how to combine them

I remembered that lipo could combine two archs, not just separate/thin them.

I downloaded the Intel version, unzipped it, and renamed it cloudyuploader-1.1.1-intel

I downloaded the ARM version, unzipped it, and renamed it cloudyuploader-1.1.1-arm

Then I ran this command:

which created a file named cloudyuploader-1.1.1-universal which works on both Intel and ARM.

It seems to work on my M1 Mac and on one of my Intel Macs, so