Anyone have any questions?

Hi Matthew - can’t get the Twitter Lists Workflow to work. Any updates? Thanks, Brian

I just updated the links in the shownotes

In the show you mentioned wanting OAuth 2.0 support. This is currently already possible, it just requires you to have a server to redirect the OAuth requests to the Shortcuts app. You can do this with a pretty simple php file which you can add to your server:

I currently have a Shortcut that interacts with the Foursquare API and uses OAuth 2.0 to allow me to quickly checkin to my most frequented places on Swarm (completely in the background and with a preselected sticker), which I’ll share at some point, but it’s not quite ready yet.

I definitely want to learn more about this @marc. I’m generally non-technical so “just requires you to have a server” is easier said than done

If you want to help me build a tutorial for people to try this themselves, that’d be amazing – would blast the doors open for so much more opportunity.

Yeah I made the mistake of changing “handle” to “Twitter Username” thinking it’d be more readable, but I forgot I mentioned it so explicitly on the show and also didn’t update the Key for the magic variable for the final URL.

A post was split to a new topic: OAuth 2.0 in Shortcuts

I see the subtraction of 8 hours, then adding 1 hour? What is that about? Is the 8 to get your local offset from GMT?

He mentions in the episode the UTC offset and daylight saving. That should be what it is accounting for.

If you check my video I have a shortcut to make this work for all time zones.

Perfect, thanks. I’m in the middle of the episode now.

You may want to remove (or just reset) your Dark Sky API.

The shortcut you shared on Automators; The Golden Hour – Siri Shortcut still contains the API text at the beginning… I can envision it being downloaded and used as is, surpassing the 1000 call limit before you know it.

Thanks for sharing such a great shortcut!

@matthewcassinelli you mentioned teaching yourself as a non-programmer. I’m in the same boat but obviously much further behind. Looking through Shortcuts I would like to learn more about Variables. Do you have any good resources that explain what they are and how to use them?

I have the Golden Hour and a number of other Shortcuts that run using GPS and work ok from the App, the widget and even Launch Center Pro. But when I add them to Siri and run by voice input they fail to access my location and all relevant data is missing from the response. What am I missing?

I have a ‘Show Result’ Using multiple magic variables, which works fine within the App, & double clicking the shortcut icon. But if ran from Siri, only the actual text is read & no output from the variables? Is this the current expected behaviour??

Hi,
Thank you so much for the explanations about dictionaries!
I was stuck on a Shortcut to prefill name and email in an URL for a Typeform I am working on. Now I can preselect the recipient and he will get his form response via email automatically! 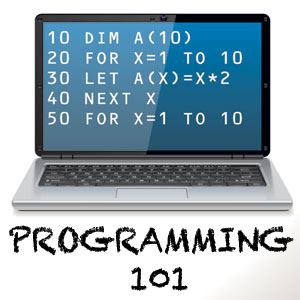 The Basics Of Computer Programming 101 – Variables And DataTypes

Having introduced and talked a little about Object Oriented Programming before and where its namesake comes from, I thought it's time we go through the absolute basics of programming in a non-language specific way. This is the kind of stuff computer...

It also appears that the list name is case sensitive. I had to make I put them in my list as lowercase for it to work in the Twitter app.

Just listened to the show today, coincidentally also discovered I can put Google assistant on my iPhone. I’m an android user at heart but work assigns me iOS devices…
So I experimented with shortcuts and now can hail Siri, ask her to put me through to google, and speak to my usual google assistant! Thanks for the inspiration!
https://drive.google.com/open?id=1TJ4KEWf1dO2zsgF-JwTG3KWvr__vetfh