I am looking for a solution to have a security camera without WiFi or internet connectivity that I can view from another part of the house. I know that sounds weird, but my grandpa has a barrel underneath his house that collects water from underground seepage. He has a pump that pumps it out from under his house when the barrel gets full. There are times where he isn’t sure if the pump isn’t working or if there just hasn’t been that much water so I have to climb under the house and check it out.

Long story short, I would like to install a camera that points at that barrel so I can look at it instead of spending 45 minutes crawling under there 3-4 times per year. He does not have internet at his house and has poor cellular reception so both of those options are out. I was thinking that a baby monitor might work because it could stay plugged in down there and the remote viewer could just be turned on whenever, but I am not sure it would do well in a humid environment under the house with changing temperatures (Arizona summers

Does anyone have any other suggestions besides a baby monitor? It can be a low-tech suggestion, I’m just looking for anything that would fulfill this use-case without having to have internet installed in his home or have some other monthly service such as professional home security systems, etc.

If it’s a barrel of water, maybe something as simple as just some wires stuck in at a particular height a that run back to an LED and battery in the house, porch, just outside, etc?

Circuit completes when the water hits that level and the light goes on.

Gets around any notable environmental challenges for running more advanced electronics.

Would that pose any type of electrical damage to the sump pump that sits inside the bucket of water? I’m not too knowledgeable about electrical work, but I could definitely run some wires like you described, I just didn’t want the pump to get damaged. If it’s just a battery-operates circuit, it wouldn’t really shock anyone if they were down there without realizing what it was would it?

Depending upon the distance, the thickness of wire, etc, 2-4 AA batteries or a 9V pack would probably be sufficient. Literally the sort of serial circuit you build at school. Absolutely nothing that should affect a pump (which I assume would be insulated against it’s mounting, body and the water in any case else it could short itself out).

If you aren’t happy building one yourself on the cheap, then you could buy something off the shelf. A quick look on Amazon UK gave me this fancy bit of tech for under 50 GBP.

An alternative would be to create one that works on a mechanical ballcock type of action - like you see operating the valve in a toilet cistern). Something floats up and when it reaches a certain point it trips a switch (physical or electrical) to complete the circuit.

Your comments actually let me to another, much simpler thought. I purchased a bluetooth outlet on Amazon that tracks energy usage including when the device is turned on and how long it is on. 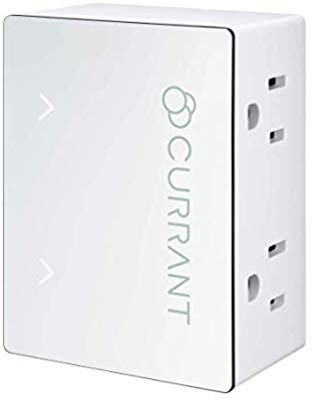 Ah, okay. As long as you’re confident in the pump that should be fine. By measuring the electrical work, just keep in mind that it is not the same as checking if the seepage is definitely being pumped. Only checking the level in the barrel can tell you that.

Yes, but the problem has always been that the float gets stuck up against something so the pump never turns on. If the pump is turning on, then I am confident that everything else is fine. Thanks again for the info