Why is Overlay Image step not working?

I was inspired by @fischgeek’s recent post to explore other ideas. I’m stuck on what seems to be a bug, though I imagine I’m overlooking something.

The Overlay Image step exits with no output. Why?

That shortcut produces output from the overlay step for me. Maybe a temporary glitch; try restarting your device?

It’s odd. I thought the same. I’ve rebooted (many times!) and have tried on multiple devices. Same result: 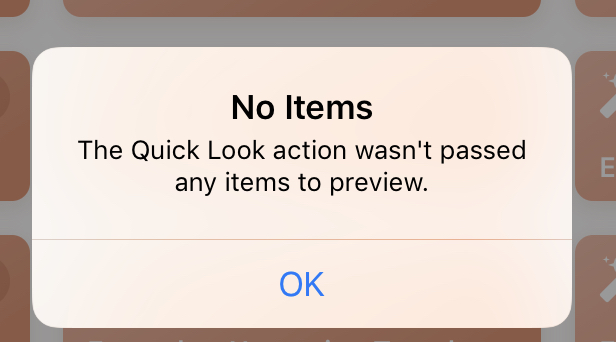 Well, to continue the mystery… I just ran the Shortcut again and it worked fine. Not a single change in either the Shortcut or the device state since the last run that failed.

Did you open the shortcut before running it? There are memory limits and often having the shortcut open allows you the memory required to get the job done whereas running from any other view might not.

I can’t reproduce the issue… It’s running consistently now, so I guess I will close this ticket!