What iPhone is required for the iOS 13.1 NFC automation trigger?

My iPhone X does not offer the NFC automation trigger on iOS 13.1

What iPhone is required for the iOS 13.1 NFC automation trigger?

Yes, XS and XR were the first to offer “background reading”: 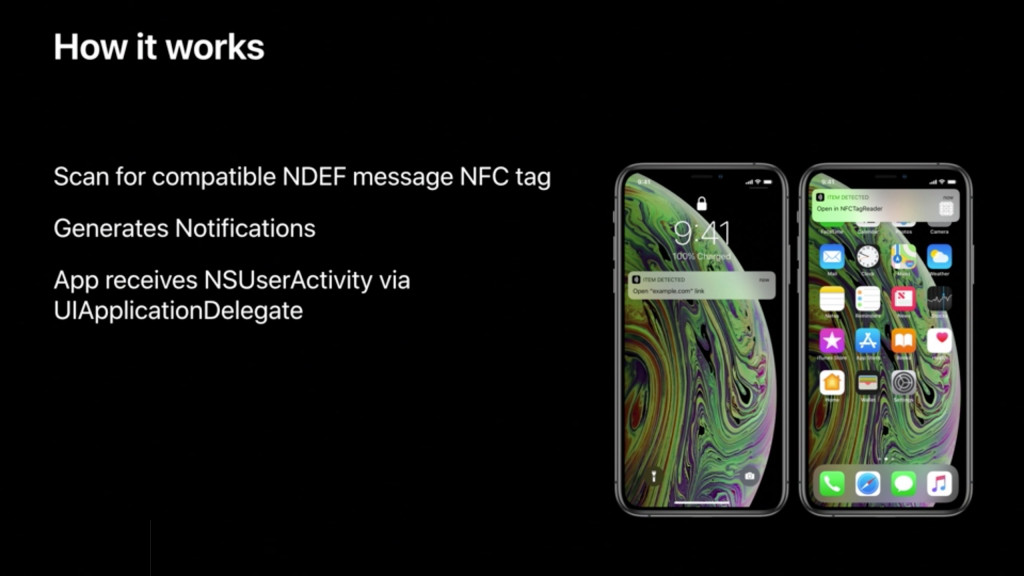 iPhone Xs and iPhone XR can read NFC tags without having to launch an app -...

iPhone Xs, iPhone Xs Max and iPhone XR include a new feature for NFC that Apple didn’t mention on stage. The new models will be able to scan NFC tags in the background. With current iPhones, users must first launch an app to enable NFC Reader mode....

Oh yes, now I remember. Thanks!

Just for reference - does anyone know whether this limitation is hardware or software induced?

Meaning: Would Apple be able to open up for background nfc scanning through a software update at a later point, should they choose so?

If I had to guess. I would say that it’s a hardware limitation. I can’t say for sure but I’d be very surprised if it wasn’t.

But…even if it is a software limitation, I would assume that if Apple was going to enable it, they would have done so by now… because why wouldn’t they, or what would be the benefit of enabling it later that wouldn’t apply now?

But…even if it is a software limitation, I would assume that if Apple was going to enable it, they would have done so by now… because why wouldn’t they, or what would be the benefit of enabling it later that wouldn’t apply now?

There’s a different chip set, and I think there was a better power efficiency for constant background scanning, and something regarding the security, as unlike Android, it can remain active when the screen is locked, as well as when the battery is very low.

I had a quick look around to see if I could find the source for that, but I suspect it was a podcast discussion around the time the XS came along.

Why Apple don’t allow a background scan on older NFC equipped devices when the device is simply unlocked, I don’t know. I find it hard to believe that it is really just down to a power consumption constraint.

I suppose… but the number of people for whom NFC is going to be the deciding factor in upgrading a phone is probably equal to a rounding error.

If it had been a software limit, they would have removed it in iOS 13. It is possible they might be able to figure out a way to get around it, but if so, no sign of it yet. They would have no reason not to enable it if they could.

(I suspect it is a power issue, not so much with NFC, but in powering up the subsystem in the iPhone X that the NFC is part of. They could do something smart like “if the phone moves away from the user at a normal human speed and then stops for a second, fire up the NFC and see if there is anything there” but that is probably more effort than anyone wants to go to with testing and writing for something that is a niche feature.

And I say this as someone who is littering my life with NFC tags. It is still very niche. A tiny tiny niche.

It also doesn’t help that you have to be pretty precise in your positioning when using it - nor that iPads can’t play.

Someone suggested ‘aiming’ for the NFC tag with the ‘notch’ on the iPhone, and that seems to work fairly well for me.

Same here - that works for me every time