I was previously using text files stored on iCloud for the same purpose but the method tended to break down when offline.

I guess the value lists could be stored within Shortcuts as dictionaries, but keeping them external has the advantage that the lists can be edted more easily and can be used elsewhere. The same method could use lists stored in Drafts, and probably some other apps too. 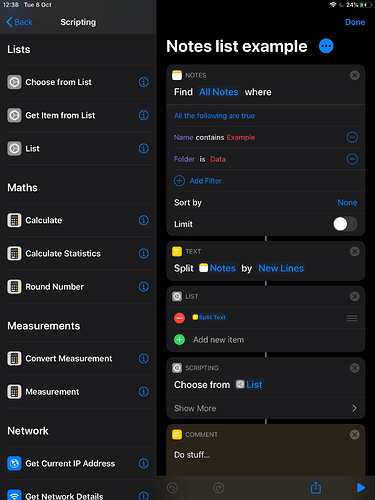 In practise I’m also adding a list item for “Other” and then an if to call an Ask for input.

I was previously using text files stored on iCloud for the same purpose but the method tended to break down when offline.

What were the scenarios around this? Even back in the Workflow days, the developers recommended storing persistent data in iCloud files precisely because it does get cached and would then be available offline on the local device.

I also have my suspicions that before too long a certain developer who appears on this forum may release an app to make storing persistent data for Shortcuts even easier.

I don’t remember precisely, but it was something around editing text files on the Mac and then finding myself on the Tube and unable to access the file via Workflow. I also had issues with Workflow on the watch and external files, but that’s not a problem now that there’s no Shortcuts app on the watch (sadly).

Meanwhile, I look forward to learning more from the Mystery Developer.

I’m sure that should be “Mr E Developer”.

Seriously, it would be really nice if iOS had an automation-friendly database (something like SQLite, though I’m no expert on database systems other than Db2 on z/OS).

A quick update for those who hadn’t worked it out already, @simonbs has been working on an app called Data Jar; the first test flight release was last night (UK time at least), and whilst I’ve had quite a few crashes right now, I think it’s looking pretty good and definitely very useful. 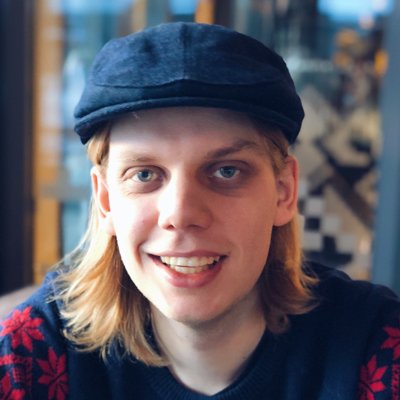 Here goes nothing. I’m working on Data Jar, a key-value store designed for Shortcuts. Think of it as your personal database. The app is still *very* rough but I’d love to get some feedback from potential users. Want to help me test it? 👉 testflight.apple.com/join/eAO3C5kM https://t.co/bFAE3JKs3X
5 Likes
simonbs October 29, 2019, 5:21pm #7

Thanks for sharing it

I’ve had quite a few crashes

I expect this to get better soon-ish