Every indication from today’s iOS 12 GM release notes seemed to indicated Shortcuts app was included. I am still not seeing it yet. Anyone know it’s release date?

I think we’re going to have to download it via the App Store on Monday.

From what I’ve heard if you have Workflow it will be an update, if you don’t it will be will be in the App Store for download. 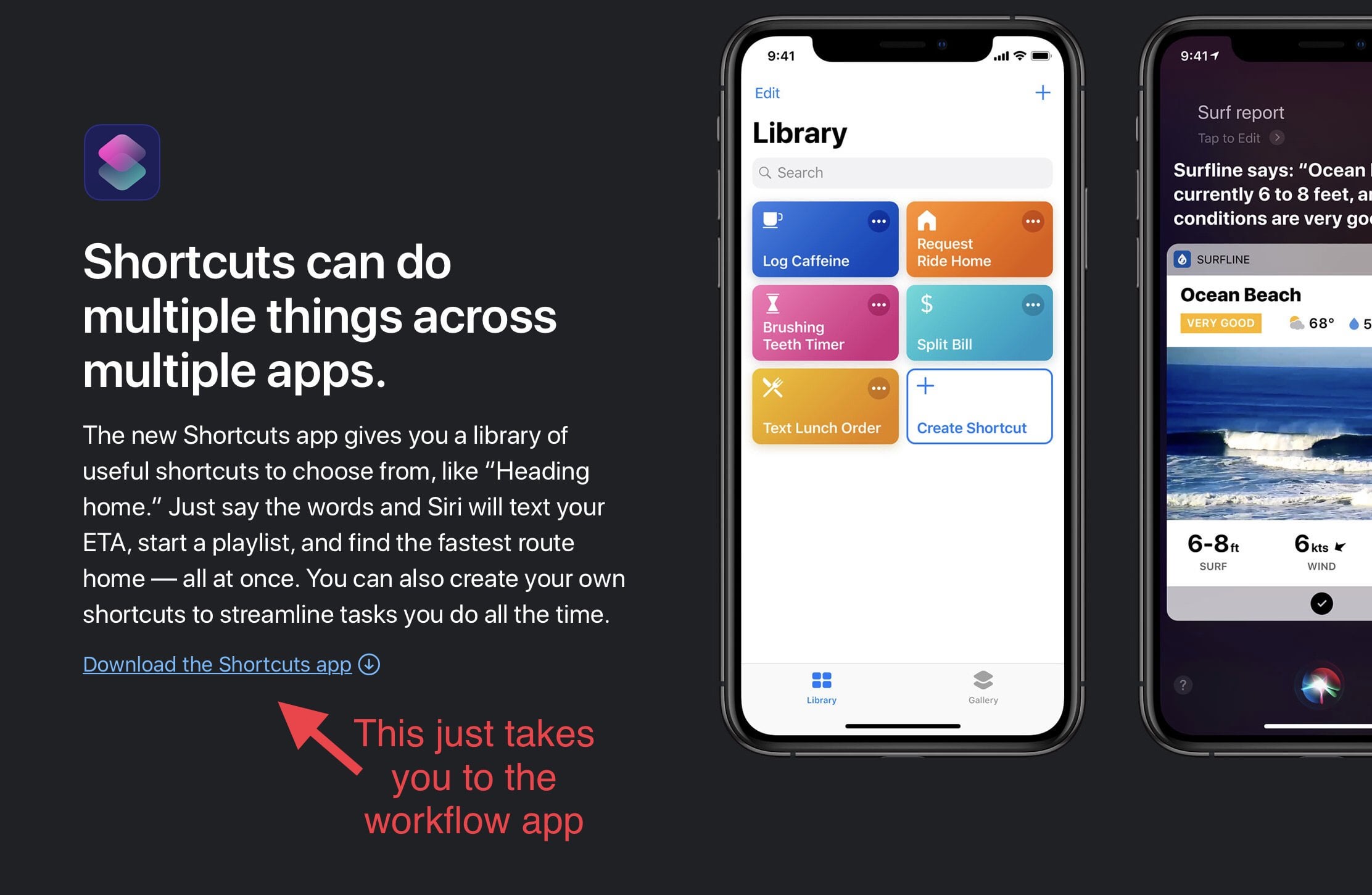 Same here. Downloaded the iOS 12 master and no sign of it. But I’ve been a paid user of Workflow since very early. Gonna check again.

The app is missing, but yesterday’s download populated all sorts of shortcuts suggestions in the Siri settings panel for me.

Workflow is growing on me, I don’t have a lot of automation needs for my work, but I now use it quite a bit for music stations on Apple Music.

The release notes said it was included, but it is still MIA on my iPad and the App store. Siri preferences does now see the Scriptable beta though.

I believe the release notes are referring to the shortcuts options in settings. Rather than the Shortcuts app

Thanks Rosemary.
That makes sense. I asked Apple for beta access to Shortcuts, but I’ve not heard anything. The page loading bug in Safari is still not fixed in the Golden Master so I have bad feelings about the IOS 12 public release.

I think maybe it’s just some poor wording in the release notes.

I got it yesterday as an update via the App Store.