For some reason scriptable shows a blank scripts list on my iPad (iOS 13 public beta). If I create new scripts on my iPad they sync to my iPhone OK (still on iOS 12) but still don’t show in the scripts list On the iPad when I finish editing.

The files are all actually present if I look at them in the Files app.

I’ve tried reinstalling the app but that didn’t seem to fix it.

Anyone have any ideas?

Try what Simon originally suggested on Twitter if your latest beta still isn’t resolving it. 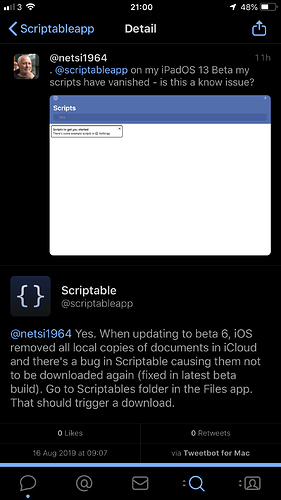 This doesn’t work for me. I even deleted and reinstalled the app. Even new scripts seem to disappear.

Can you see the scripts in iCloud Drive via the Files app?

What app and OS versions do you have in use?

Same for me, I can see all the files in the Files app but they aren’t showing in Scriptable.

The fix is listed in the 102 beta build release notes, but the workaround above is for use on the previous Scriptable beta app releases. 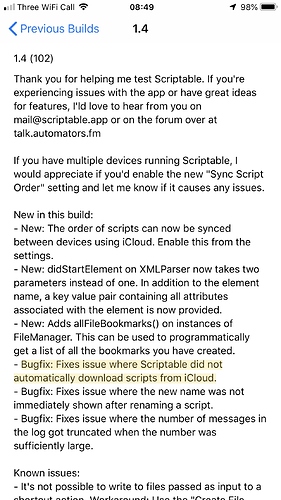 You should always use the latest app beta on the latest OS beta; but even so, the whole point of beta testing is to find, report and re-test such issues when fixes are supplied.

Ok - thanks, I did go try and get on to the scriptable beta (https://testflight.apple.com/join/klHcZHjN) but it’s not accepting signups at the moment.

This is a very unfortunate bug but fortunately none of your scripts are lost,m. It’s just that Scriptable can’t see them.

If visiting Scriptables folder in the Files app doesn’t fix the issue then please download the latest beta of Scriptable 1.4 which should fix the issue. 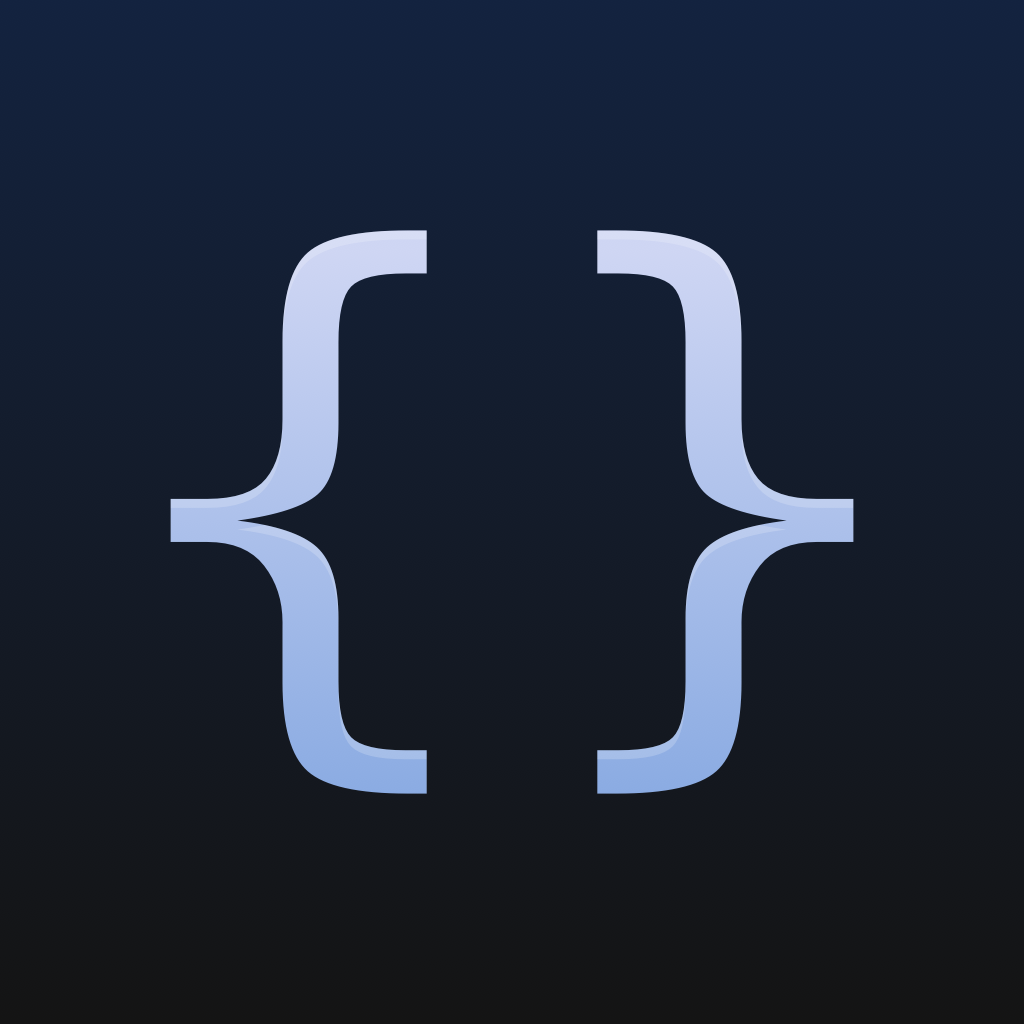 Thanks! I must have been using an old beta subscription link, I’ve got the latest beta now and everything is fine.

Says the beta is full but it’s all good. Thanks for the hard work you put into the app.

I have increased the limit so there should be spots available now.

Just let me know if it becomes full again.

Sure. Please try again. have increased the limit.

Beta is showing full again. That must be my issue too.

@simonbs if you could increase the beta limit again, that would be great. I didn’t get a notification on this thread so I didn’t see your post about it earlier this week.

Sorry for the late reply. I’ve increased the limit.