Quick tip: how to force shortcuts to show glyph instead of app icon

When a shortcut is entirely composed of actions from a specific app it helpfully obscures the chosen glyph with the icon of the relevant app. But sometimes you may want the glyph to show, so insert a “Nothing” or “Comment” action at the top of the shortcut and the glyph will be used instead of the app icon.

Weirdly though, this doesn’t sync between devices. I’m filing feedback.

I really wish there was a way to assign an app icon instead of a glyph in shortcuts. I find the color choices to be especially limited to a very small set of … shades, almost.

Have you looked at this, by any chance? 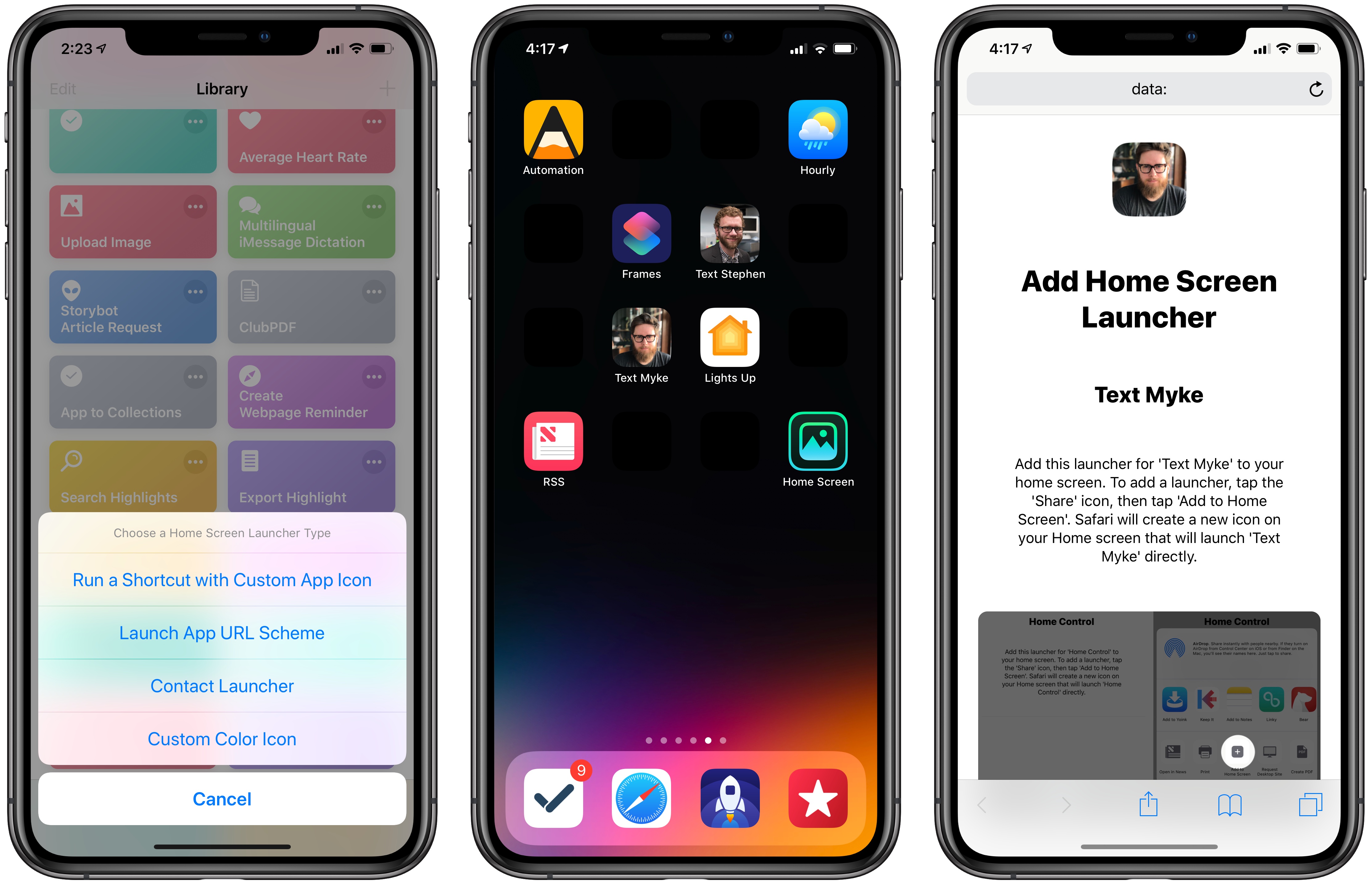 Update: Thanks to MacStories reader Thomas, I was able to remove the need to upload image assets to Dropbox. The shortcut is now much faster to run (takes about 5 seconds instead of 20) and doesn’t need to save any file in your Dropbox account. You...

That’s really about customising icons on the home screen, which is interesting but a different topic. My tip was just addressing the icons/glyphs as they appear in Shortcuts and the widget.

Yes. That’s great for the home screen. But I want to be able to do that in Shortcuts and in the widget too.

Ah, sorry, my bad! I knew that was what the original thread was about but wasn’t sure if your particular post was a more general one. Obviously not!