Is anyone else having problem passing a POST request to their widget webhook? I am getting the following error in Postman:

even though I appear to be sending the url just as it appears in the documentation:

Does anyone know what is up?

I did a quick test with Paw (a native Mac API tester, same sort of thing as Postman). Sending the items as JSON as described in the documentation gave me a successful result.

The widget I set-up for this test was updated to show “bar” shortly after the request was sent. I subsequently repeated this with other updates, with similar results; only the time to update the widget varied, which is as expected given how they work. 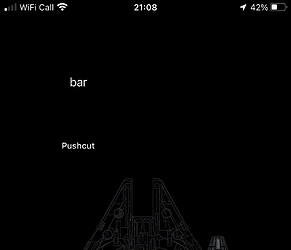 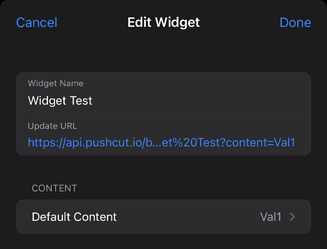 Val1 was defined just to be the value of input0. 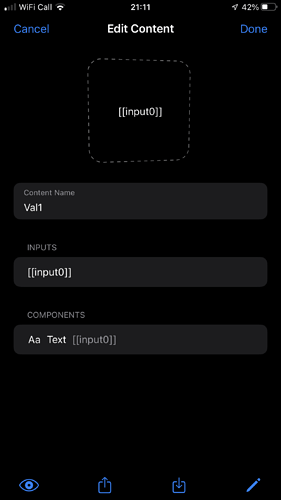 From your screenshot above it looks to me like you are mixing up the JSON with the query parameters. I would expect you to be using the Body tab in Postman, and if memory serves, then you would enter the JSON as “raw” data in a JSON format.