Latest Shortcuts Beta Allows You to Get Links to Shortcuts with Shortcuts! 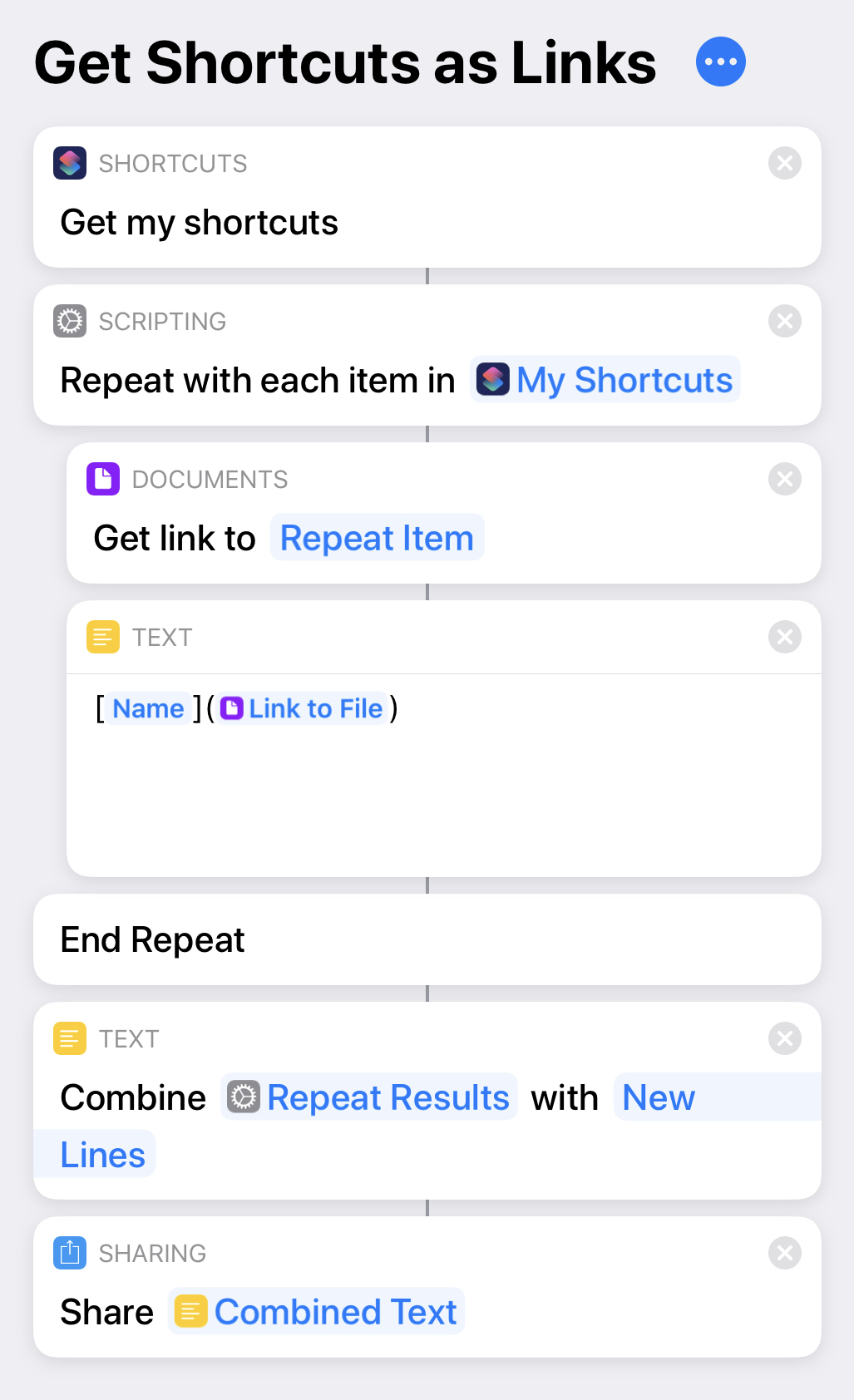 Latest Shortcuts Beta Allows You to Get Links to Shortcuts with Shortcuts!

This is a wonderful feature which will make it much easier to back up and share all our Shortcuts!

Have we ever been looking forward so much for the update *after* the next release of iOS as we all are right now?

It seems Apple and in particular, the Shortcuts team, have had so much to pull together that they’re pushing a lot into the .1 release.

What are the chances that 13.1 β3 will contain smart folders for organising the vast numbers of shortcuts some of us have been wrestling with for years?

Agreed! So much to look forward to.

And I’m still hoping for smart folders, folders, or tags as well

I wouldn’t expect anything new for organization until iOS 14.

I’d love to be wrong, of course, but Apple hasn’t really given us any reason to expect otherwise.

I have no expectations we’ll get it now, or in iOS14. I was just highlighting it as an example of something else that is a long time coming and organisation having been high on many user’s wish lists for may years. It was more a point of it being another feature such that if it appeared out of the blue like this one it would also have a notable impact and be warmly received.

Thank you for sharing the shortcut. I added a save to Drafts action (with a tag) at the end with a date so now I have an option to just store a backup link to all of my shortcuts in drafts. Put them in their own tag… and perfect.

Is this still possible in the official iOS 13.1 release?

At the bottom of the article, you (@RosemaryOrchard) wrote:

Update! I’ve been experimenting and there’s also a way to just tap “Create Links” once: Get Markdown Links to Shortcuts – you get the links first and then iterate through them grabbing the names of the associated Shortcuts. As long as the order of the Shortcuts remains constant this is a much more user friendly workaround.

Does that mean that if I re-organize my shortcuts, then it won’t work? I tend to move mine around fairly often as I haven’t figured out how to really want them to be yet.

ps - on Safari 13 on the Mac, if I go into Reader mode on your site, it doesn’t show the main image (just a placeholder). I don’t know why. Do you see the same thing?

Nope, it should keep working. The trick is not to rearrange your shortcuts while the shortcut is running - but as it doesn’t have multi window support that would be tricky