iOS 13 / new Shortcuts App will be an automators dream

So finally all the “workarounds” to trigger shortcuts automatically can be removed from our phones in the fall: 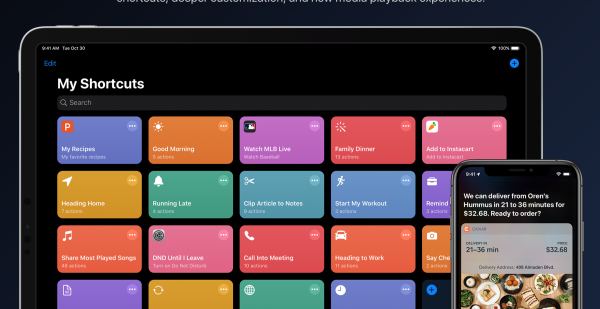 At last year’s Worldwide Developer Conference, Apple announced the new app Siri Shortcuts which allows iOS users to create custom voice commands for their apps. Today, the company unveiled a series of updates to its Siri Shortcuts app to improve the... 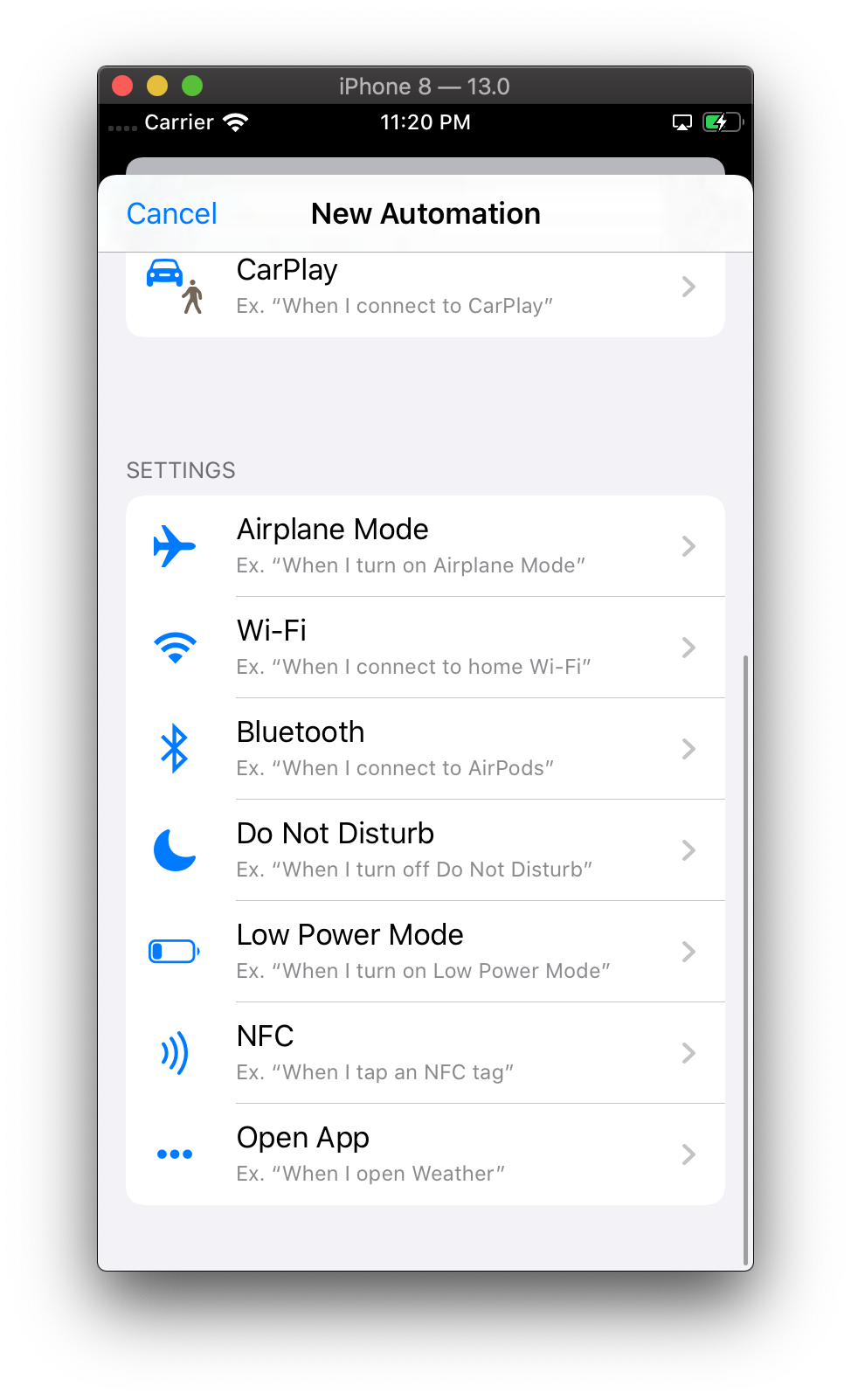 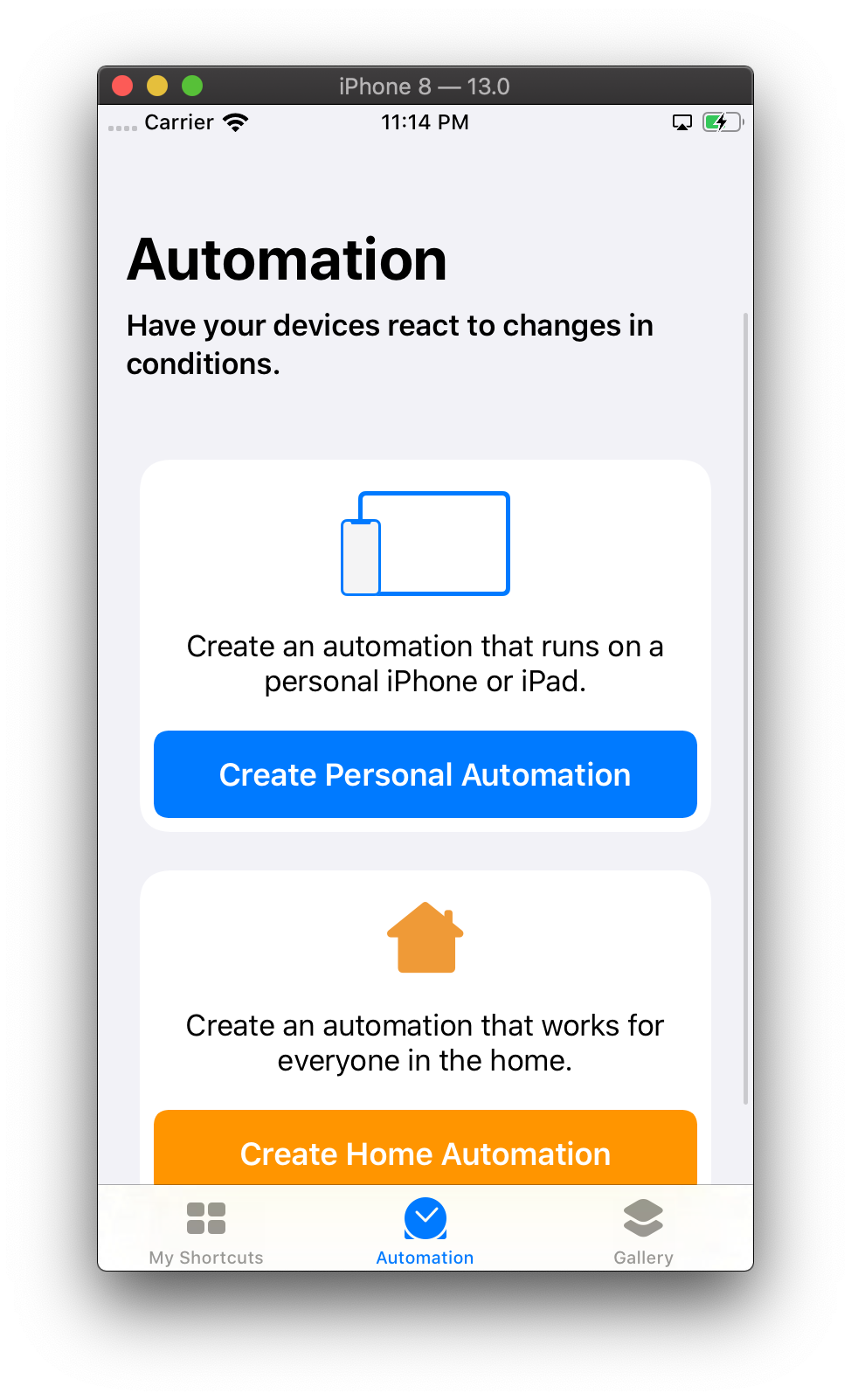 I’m not exited but I sure am excited

I am running a beta already! The new triggers are awesome.

Ooh how are you finding the usability and stability otherwise?

Enquiring minds want to know: how is launching a shortcut from the home screen? I’ve seen that one Twitter video, which looks WAY better than iOS 12, but am wondering about how menus are displayed? Does it kick you back into the Shortcuts app for that like it does now, or is there a more elegant widget-esque solution?

(I suspect the former, but one can hope!

Can you please share a link? I’m curios too

REALLY looking forward to these. I usually jump in at the first public beta. My gut tells me this will be a game-changer.

Topic to discuss in this week’s next episode? 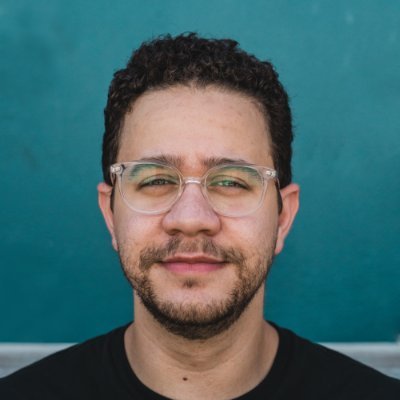 Is one of those triggers a timer pop? And does it require a tap on a notification to run?

From what I’ve read, they can be set to run at a specific timer, and to either automatically run the shortcut, or to push a notification for you to tap to run.

This is a very exciting feature for so many workflows. Do you know if it will work with iBeacons?

I went all in with all the betas this year and I have to say that this version of iOS is certainly game changing on too many levels to explain. I’ve done a lot of testing with the new shortcuts automation features in particular and even with someone with a basic understanding could totally change their workflow. Previously Shortcuts was just workflow with a new name but, now it’s more like Tasker is (was?) on Android. What I think will be most exciting is what app devs do with these new tweaks in their own apps. My favourite automation trigger so far has got to be the per app one. That and the trigger in the reminders app to be reminded when messaging someone. The other perk with iOS13 is the amount of apps I’ve been able to uninstall due to Shortcuts, Reminders, and the amazing per website toggles in Safari. It’s just a shame we’re still stuck with Automator on the Mac.

I’m pretty excited about all the changes that are coming. I just wish they also added a web hook or socket connection for shortcuts (That would make it amazing! no polling!) I will be glad to be able to run things in the background without it dying after 4-5 minutes.
Here is some pointless stuff I have been doing with shortcuts…