Q) For each of iOS/iPadOS/macOS, what is the #1 automation related thing that you would love to see announced at WWDC 2022?

With WWDC once again just weeks away, it is time for me to post my annual question about automation wishes. This year I’m changing it just a little now we have a little bit of a difference between iOS and iPadOS, and the introduction of Shortcuts to macOS, reviving Apple’s interets in automation on that platform.

The qualifying criteria for responses are:

I am positive that many of us could reel off a dream list, but the whole point is to pick just the top one from your specific OS list. If you want to post your entire dream list, there are plenty of other places to share that outside of this topic

As I do every year, I am really looking forward to reading people’s ideas and seeing what other Apple software automators are wishing for .

Clarity. What is their 3-to-5-year technology roadmap vs. what is already a dead-end?

While Apple’s “It’s a Surprise!” is fabulous for selling consumer products, it’s a nightmare for professional customers who require stable and predictable platforms on which to develop their own multi-year business strategy and business continuity plans.

Apple’s attitude towards business markets is schizophrenic. They’ll release a “Pro” machine with fanfare, then let it stagnate with no indication of when—or even if—there might be another. Or they’ll simply stop investing in a legacy technology, e.g. AppleScript, but won’t inform businesses that depend on it for critical operations that this tech has X years of lifetime left so they can fully plan their own migrations. There’s probably a billion dollars of global business quietly going through AppleScript, and not one knows that AppleScript isn’t going to break in the next OS update. And where the heck is Siri Shortcuts meant to be going? The future is a black hole, and only a fool or the foolhardy would build their own core business on one of those.

I appreciate business markets are a distant secondary to Apple’s primary consumer audience. However, if Apple cedes business use to Android then eventually consumer use will follow as well. Thus it would make huge sense for Apple to separate these two concerns internally so that each audience can be served according to its specialized needs. For consumers: lots of new and exciting surprises each year. For businesses the opposite: stability, predictability, and the confidence that rugs won’t be pulled from under their multi-million-dollar infrastructure investment by consumer Apple chasing some shiny.

I would love to see a way to silently run shortcuts automatically on iOS/iPadOS, with something like a crontab. Automations are just too tedious to set up if I want to run a script every 5 minutes.

Tags would enable much more customizable widgets (a Shortcut could appear in more than one widget, or a widget can be made with Shortcuts from several folders)

Tags could tie in with Focus. “Don’t run automations with Shortcuts tagged X when in Driving mode”

The ability to change tags via automations would open up a ton of possibilities- adjusting widgets and menus automatically.

So yeah. My one thing is tags.

Shortcuts on the Mac gets the interface (branching and processing features) of the much missed Quartz Composer.

@rkaplan: Never gonna happen. JXA is defective and dead, and failed so hard that Apple killed the entire Mac Automation department and fired the PM responsible.

JavaScriptCore itself is a perfectly good ES6 implementation that was on its way to becoming a viable alternative to AppleScript/OSA until JXA cratered it. Node.js (V8) outright owns server- and desktop-based scripting now, and Apple appears to have no interest in playing second fiddle to that, which is fair enough. A shame too, as Apple could’ve stitched together a very nice JS platform from a couple of properly polished and modestly successful community products: Scriptable (currently iOS only) and ScriptKit (currently Mac).

As for using Node.js as a replacement to AppleScript, I recently resurrected my old nodeautomation Apple event bridge for use in AppleScript-to-Adobe-UXP migrations and, while its documentation is rough, the related ASDictionary and ASTranslate tools should quickly answer most questions on how to convert AppleScript commands to JS syntax. No warranty or (unpaid) support given, but assuming Apple doesn’t pull the plug first it should continue working as long as I’m using it myself (next 3–5 years).

There is also an objc bridge (though it needs more work) and, I believe, a third-party shim layer that allows JSCore to use npm/V8 modules. (The killer USP for rehabilitating JSCore would be a lovely elegant full bidirectional bridge between JSCore and Swift, but AFAIK no-one has written one…yet.)

TL;DR: Apple will not give you what you want, because their [garbage] attempt already failed. However, the community already provides all of the pieces you need, so you’re free to roll up your sleeves and assemble the product yourself. And very, very occasionally, Apple does take interest in that.

(With apologies to @sylumer for OT, but the community also warrants recognition where it does a job better than Apple. If anyone wants to discuss further, please start a new thread.)

ScriptKit looks interesting - but it seems to me more of a Widget Builder (which is very nice) than a Script writing helper (which is professes to be). The example scripts/use cases almost all seem to be freestanding; there does not seem to be any way to use them to automate existing apps, which to my thinking is the primary mission of Applescript or JXA.

ScriptKit is a script launcher for a standard Node.js runtime, so if you want to automate “AppleScriptable” apps using Node then just install the nodeautomation library straight from npm. (i.e. There’s nothing special/unique about AppleScript; it’s just that—excepting appscript and its ${LANG}automation descendents—all of its rivals blow absolute chunks.) Mind, if you think ScriptKit would benefit from bundling the objc and/or nodeautomation bridges as standard, tell its developer. Good guy, appreciates feedback from users.

As I said right at the beginning, what we as a developer community most need from Apple is clarity on the future direction of their platforms and APIs. Once we have reliable continuity, the rest we can often roll for ourselves—and often do a much better job of it too, since we know what we need and like, and will dogfood it to death until we’re 100% happy it works right.

The key was referencing those two NPM libraries - I had not realized those exist.

A high-level Apple event (“AppleScript”) bridge for macOS.. Latest version: 0.4.1, last published: 21 days ago. Start using nodeautomation in your project by running `npm i nodeautomation`. There are no other projects in the npm registry using...

NodeJS ↔ Objective-C bridge. Latest version: 0.23.0, last published: 5 months ago. Start using objc in your project by running `npm i objc`. There is 1 other project in the npm registry using objc.

I had not realized those exist.

Totally understandable: as nerds we tend to be better at making tech than marketing it. (Though see also.) Honestly, if I had a second wish for WWDC, it’d be that they replace half of the tech sessions with “How to Sell Like Steve Jobs” masterclasses. I know which I’d be all over!

A keyboard shortcut to show or hide the menu bar.
Not just turn auto hiding on and off, but properly show it or properly hide it.

I@m on a quest to declutter my screen as much as possible, so I usually have the menu set to auto hide, but it keeps accidentally popping up when I go near the top of the screen.

I’d be happy having to turn it on and off manually with a keyboard shortcut.

A bit late now for wishes now. WWDC began on Monday this week.

Indeed. Whoever wished for “nothing at all”, looks like their ship came in.

I would say I’m slightly disappointed, but I’m not really surprised. (Alas, a decade post-Jobs, I don’t think anyone at Apple today is invested in creating great product. Never mind creating great market, which was what Steve was really all about. Remarkable days.)

Maybe I’ll write an essay on how Apple Automation (for decades a scattered, incoherent, mostly unloved and frequently ignored mess) could be drawn together to form a gorgeous unified best-of-breed product that serves and delights everybody, from professional programmers and power users, to ordinary folks who just want their devices to do simple tasks for them so they don’t have to keep doing them themselves. (Automation and end-user languages is a space I’ve worked in for a couple decades now, with some modest successes and many more failures to learn from.)

For now, I’ll just point folks to some good reading material that has significantly shaped my own thinking over the last decade in my own developing end-user automation languages:

A Small Matter of Programming

A Small Matter of Programming asks why it has been so difficult for end users to command programming power and explores the problems of end user-driven application development that must be solved to afford end users greater computational power....

And some of my own creative writings, if anyone fancies a rummage: 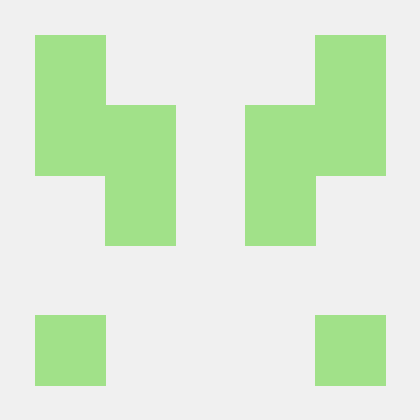 hhas has 16 repositories available. Follow their code on GitHub.

I would recommend, in future, splitting the tangential posts off into separate new posts - you can always reference back of context for starting a topic if useful.

Structuring the content into separate topics helps keep the original topics on point and makes the new topics easier to discover.

If I write more, I will. I guess your original question mutates into this: If Apple isn’t answering the automation community’s wishes (as we’ve seen this year), is the community prepared to roll up its sleeves and build what it wants for itself?