How to rename magic variables

Please observe the screenshot. When you ask for input it creates a magic variable called “Ask for Input”. How do I rename the variable?

I have searched for an answer on this site but finding a search term that brings back the wanted result is very difficult. 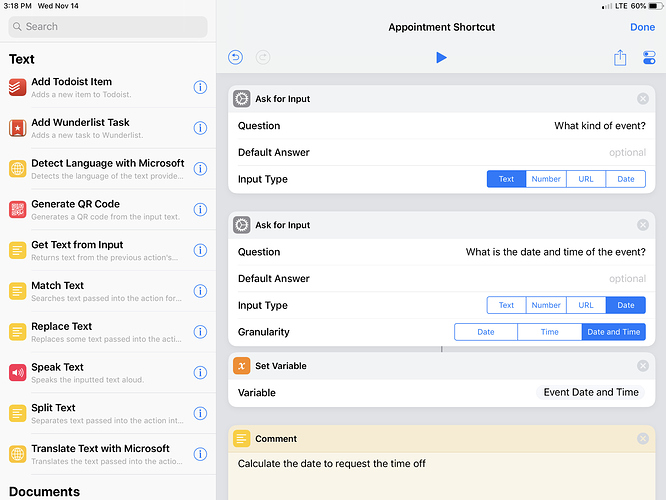 You can rename it once you add it to an action. See screenshot as an example. Once added to the Text action, tap on the variable and you will be presented with a Rename option. 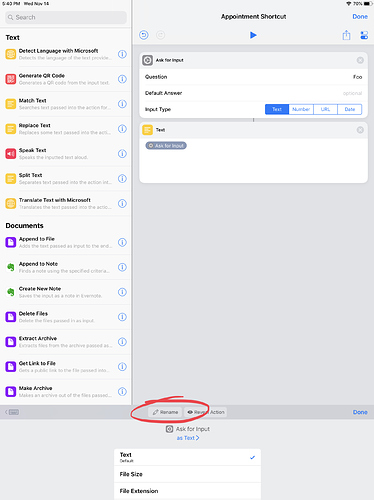 Thank you very much. Seems like there would be a way to rename it without placing it. For instance in this example I am creating a few magic variables in the first couple of steps of the shortcut. Then when I am trying to add one of the variables to an action and I try to add the variable from the variable menu I don’t know which is which. It would be nice to just name it after the variable is created.

But thanks for your help. I appreciate it.