How to add content from a daily email newsletter to Pocket?

I’m struggling to automate the following:
I’m receiving a daily email newsletter, which I want to add to Pocket. But as Pocket doesn’t provide a direct “mail in” feature, I thought I’d use Zapier to create an RSS feed.

That kind of works, as the feed is generated and I could subscribe in Feedly, but the Zapier RSS feed only links to about:blank pages, which can’t be added to Pocket. So IFTTT’s or Zapier’s RSS to Pocket doesn’t add items to my reading list.

How can I achieve this?

Thanks a lot in advance

Looking forward to all you input

Maybe set up a rule in your e-mail account to forward those mails to Pocket?

I tried that, but that only works if the mail contains a link to an article.
If the body of the mail is the content itself it won’t be added.

That’s the problem. Pocket requires some form of hosted content to index. the sheer RSS-feed (via zapier) also isn’t enough.

Ok so it’s the hosting issue to solve.

How about using something like Evernote to act as your host?

First set your mails to forward to your Evernote account’s private address. Ideally, you want to get the subject line to amend (Evernote Mail Rules but maybe something like Zapier could be used or you could create a Gmail script to run periodically and amend it… changing subject lines isn’t exactly a typical all rule thing.

Get the mail into a publicly accessible notebook. Once there, it is hosted. At that point you could use something to trigger Pocket. Here’s a quick example I just tried using IFTTT.

An example piece of content makes its way into Evernote. (Don’t know how the “not” got in there!) 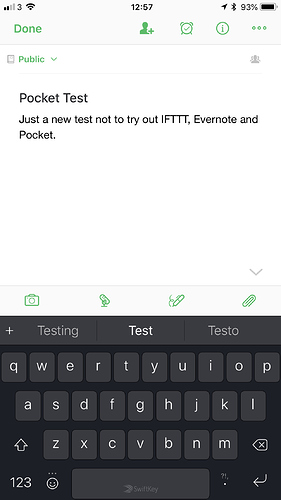 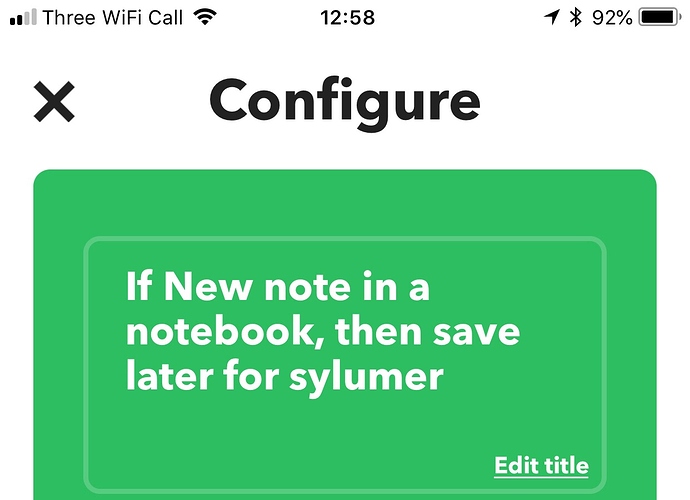 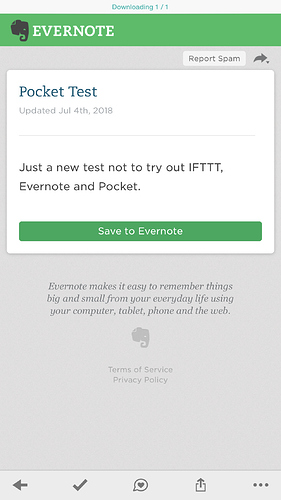 I don’t know if that approach helps you at all. If you have an always on Mac, web space, etc. there could be even more options.

I didn’t know Evernote -> Pocket was possible.
I’ll look into it, once I have created a new Evernote account.
Thanks a lot!

Check out Read Email Later: www.reademaillater.com, which does exactly what you are looking for.