HomeKit Air Conditioner turn on a given room temperature?

I went to set the most obvious automation ever: turn on the A/C when the room hits a certain temperature (there’s a temperature sensor in the room).

Which seems…impossible? HomeKit doesn’t support that? What?

Is there another way around this?

(I do have HomeBridge on a Raspberry Pi, if needed.)

Hey TJ,
i’m using a couple of Homekit automations and Homebridge virtual switches to archive something similar to this.

As a trigger I‘m using two virtual switches configured over homebridge-dummy (one called Hourly timer and one called Restart timer) and have two automations, where one turns on the other and then turns it back off after a specific amount of time. 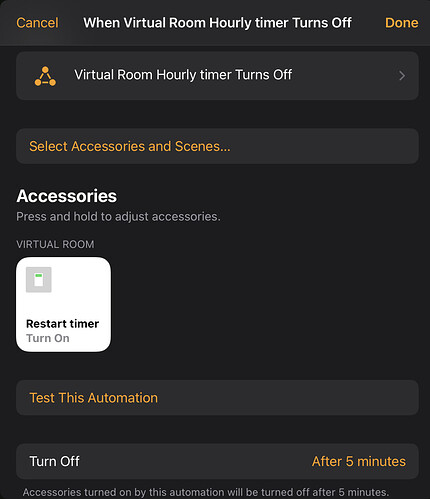 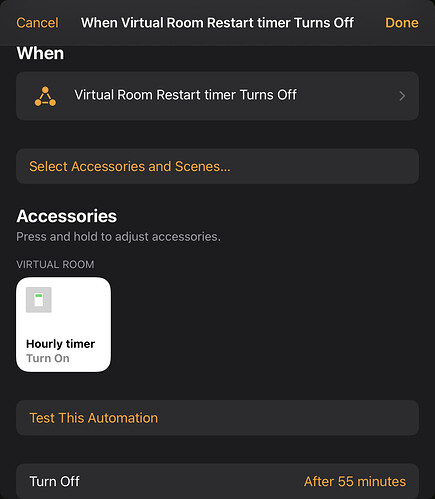 Next a Homekit automation runs every time the Hourly timer turns on, this was converted into a shortcut and uses an if statement to open/close the roof windows and blinds according to the levels of a temperature sensor. I‘m sure you can set it up yourself, but in case anybody is wondering i can send you screenshots of the shortcut itself. 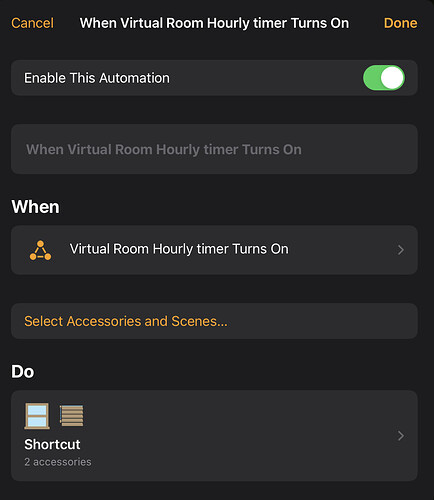 Additionally, in order to cover some edgecases when i restart Homebridge (mainly when i was working on the Raspberry Pi running the Homebridge server), I’m starting the Hourly timer every time Homebridge restarts, i archive this by using a Homebridge plugin called homebridge-delay-switch, which turns on yet another virtual switch called Homebridge restart 10 after Homebridge is restarted. 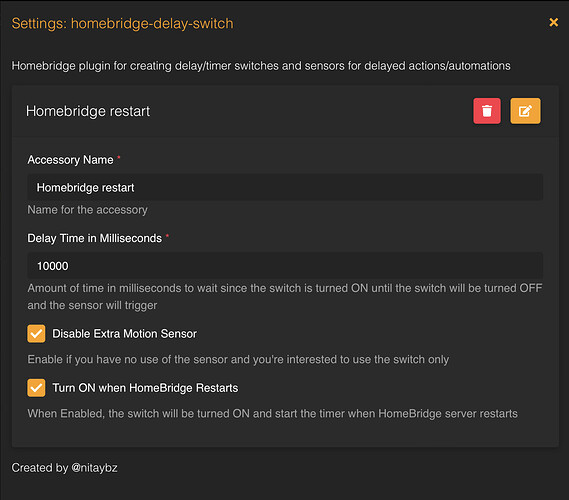 Homebridge restart then starts the Hourly timer and turns it off in an hour. 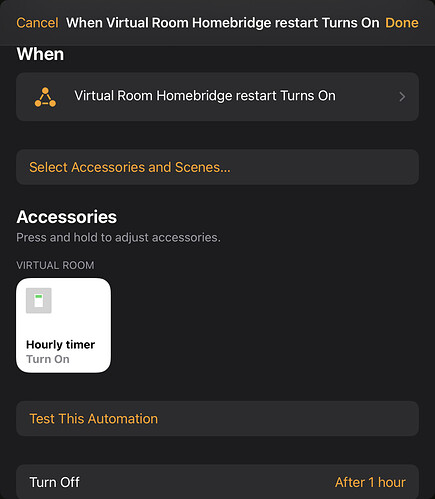 This does the trick for me and could probably be modified to turn on/off your AC.

Let me know if this helps.

Look at Home+, Controller for HomeKit, or the Eve every app, they can all create automations based on room temperatures.

Turn Home Assistant into a thermostat

Like the allmighty @RosemaryOrchard my first thought was to use contional automations via the Eve app as well, but at least for me the Home and Eve app always seam to querrel (the same automation will say to only trigger BELOW X degrees in the Eve app and ABOVE X degrees in the Home app; I managed to forget about that but was quickly reminded thanks to an ambient light condition i’m trying to set up through the Eve app right now), so I reverted to the monstrosity shown above.

I’m currently experimenting with Home Assistant, so i’m considering that as a possible solution for my ambient light sensor. As complicated as it sounds the monstrosity above works well for our roof windows and blinds.

@Tjluoma, let me know what works for you

I decided to send the A/C back to Amazon and see if there’s a better option next summer. Since the weather is so cool here now I’d just be storing it for like 9 months anyway.