I think I have now come to what I believe will be the final version of this shortcut after a couple minor tweaks and moving around of some actions. But wanted to share once again an example of possibility when Shortcuts finally arrive.

Here in the first Video I am demoing if I was traveling home and running the shortcut.

In video two I Demo going to work.

I may add reminders somewhere in the mix to tell me of the reminders for the day. Not sure yet. But with the help of other Workflows/Shortcuts from the community, this is what I have been able to come up with.

Workflow download but some actions won’t work as it requires Shortcuts.

This looks great. I had sketched out notes for a similar app a few years ago but never tried to really implement it.

This is absolutely amazing, thanks very much indeed for sharing with the community! Ever since I saw the presentation at WWDC I’ve been looking forward to getting Shortcuts and giving the same thing a go (the presenter did something similar). I didn’t even start looking into it because I had assumed Shortcuts would be required.

This is a great example for people trying to get into this as well, because there are plenty of areas to tweak to tailor it to your needs.

Thanks again, and I look forward to seeing what you come up with next

Wow! The ability to ask questions with voice response is very cool!

I play around with workflow and I’m super excited about the extra coolness we will get in iOS 12.

Thankfully, I work from home, so my commute is just down the hall, but I’m sure I’ll figure out uses for this kind of thing. Thanks for the demo!

Just be sure to check for traffic in the hallway using one of your new shortcuts.

This is very nicely done. Bravo.

Thanks @iBanks. Glad to see how to create the voice and response dictation interaction. I’m updating one of my workflows to run as a Siri shortcut with iOS 12 beta. Unlike your video, when mine hits the Dictate Text action, it captures my voice/words, but doesn’t stop listening automatically when it senses I’ve completed my dictation (like yours does in your video). I have to manually touch the dictation circle to end the dictation before the workflow moves on to the next action. Anyone know if that’s a bug in iOS 12 or a feature being removed?

Workflow has a simple dictate action… 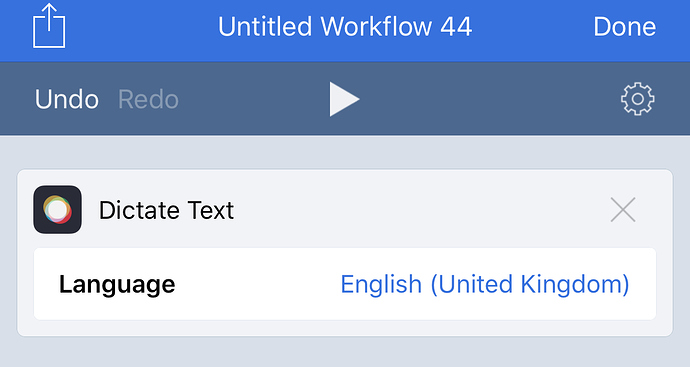 But Shortcuts has an extra option on its dictate action… 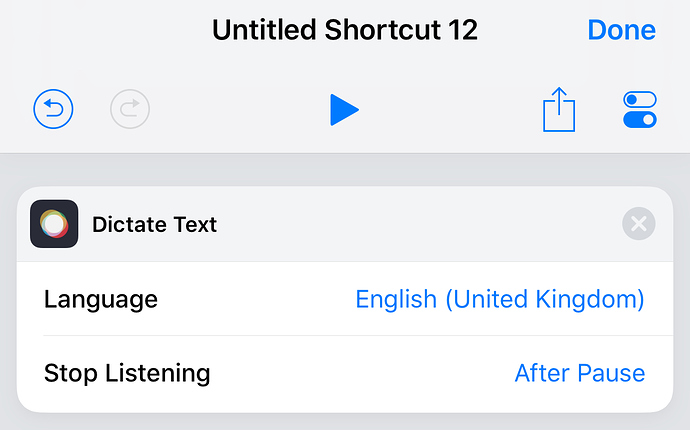 What is the significance of the Text at the start of the shortcut? (It’s a long HEX string)

Look at how it is used to set the API variable (not required if using magic variables by the way) and where that is used further through the shortcut.

Hi - this is really good! Can you help me adjust it so that I can personalise it? I am afraid to tinker too much as I am not a good programmer.

OK, I thought ut must be the API key, but then I thought, nah,…

After digging into this, I’d suggest reading up on Magic Variables; there’s no need to set all those variables in the shortcut/workflow. I think you’ll love Magic Variables, and they make scripts much shorter.

Nice! I think your Workflow and Shortcut download links are the same though.

Playing with this has really helped me learn more about shortcuts, thanks! I did find one small tweak.

I’m not explaining it well but the short version is to store and use the results of currently instead of JSON and you don’t have to re-parse it.