I just listened to the November episode and learned about Dropzone.

I see the current version is Dropzone 4, available only on the App Store or via Setapp. I don’t use enough of Setapp’s apps to make it worthwhile, but it seems like the App Store version of Dropzone 4 has very limited functionality. I don’t know how to program, so I’m not able to make my own actions.

I can download Dropzone 3 from the developer’s website. Is this the best route to go for now?

Are there a lot of Dropzone 4 actions out there for download? If yes, where? If not, is that a reason to stick with Dropzone 3?

I’ve been using DropZone since version 2 (maybe even version 1, it’s been a while), but I’m now on v3 and purposefully haven’t switched to version v4.

I don’t subscribe to SetApp and have remained with v3 because of the subscription model (I do subscribe to a umber of apps and services, so subscriptions are far from a no go for me) and everything I use it for still working for me. I use it not only as a drop shelf (what I used to use Yoink for originally), but also for its actions. I haven’t found any actions that won’t run on v3, but I also haven’t needed to change my DropZone actions for a few years now.

One thing to be aware of regarding actions is the sandboxing..

If DropZone was leading the way with its development of version 4, I could consider a subscription, but I’ve just not seen anything yet to even remotely push me that way. Honestly, if Dropzone 3 starts having issues (e.g. when I update to Big Sur), at that point I’d probably switch to Yoink and look at what I could concoct with share extensions and scripts to take the place of the handful of actions that I use.

Rather than finding a reasonable to stick with v3, I’m in a position of give me a reason to go to version 4.

DropZone 4 is now available for direct download. I downloaded it. Now I have to figure out my use cases.

But maybe even better for those that don’t like subscriptions (lots of debates on that on the MPU forums…), you can also unlock all Dropzone 4 Pro features by purchasing Dropzone 4 Pro Lifetime for $35.

Q) Is there anything v4 does yet that v3 doesn’t?

For some reason I installed Dropzone a few years ago and then went with Yoink. And didn’t look back. I can’t remember why - but I think it had something to do with automation once you dropped.

I don’t know… Haven’t used either version in a long time.

I’m the developer of Dropzone - I made a blog post with the differences between Dropzone 3 and Dropzone 4 here: Dropzone 4 versus Dropzone 3 – Should I upgrade? « Aptonic – Blog

FWIW, I switched to v4 when I upgraded the OS. There were two key factors for me.

Aptonic create awesome apps for the Mac. We make Dropzone, an app which makes it faster and easier to move and copy files, launch applications, upload to many different services, and more. 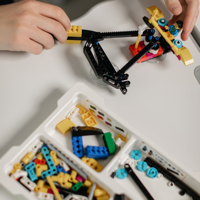 When I am writing blog posts for this web site, I frequently need to take screenshots on my Mac and put them into the relevant assets directory to enable them to be included in my post. While I had a way of doing this that was relatively quick and...