So I have been attempting to create a Bookmark to a File, but the “Create Bookmark File” Action was missing from the list (it would just give me “Run Script” or “Run Inline Script”.

I found and downloaded a shortcut that included the missing action in it, but Scritable is warning that the action won’t be supported in future versions of Scriptable? I have tried to find some documentation or discussion about this, but have come up empty. Seems like a pretty important feature to be going away. Does anyone know what will be taking the place on that action in Scriptable?

When running an inline script, you can access file bookmarks you created in the app.

This let me access a bookmark called “naktl” I defined in Scriptable’s app settings. 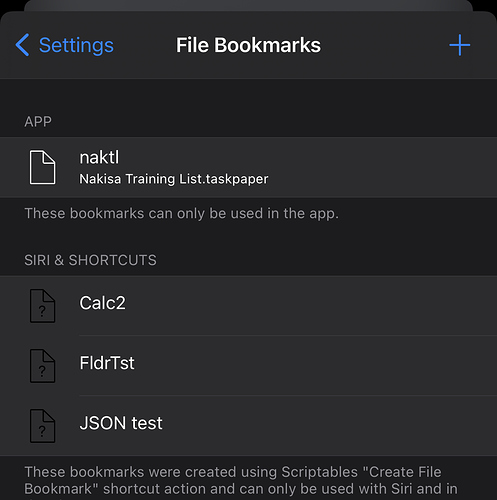 I think that’s why it is now set for depreciation.