Happy WWDC week! David and Rose are on the ground at WWDC in San Jose to bring you up to speed on the new automation heading to iOS and iPadOS. They also recap WWDC, the Automator's meetup, and Rose describes how she lost a fight with a leaf.

I’m sure this is what happens when you try to squeeze a podcast into a busy week.

And… Rose… did you say that your scooter accident was caused by… a leaf? like

Brilliant episode - thanks so much to both of you for your wonderful work in unpacking some of the incredible automation features coming in Shortcuts in iOS 13 and iPadOS.

Maybe new iOS 13 shortcut automation ideas could go into their own thread!

I was excited to hear the various changes to Shortcuts in this latest episode. Both Rose and David seemed really excited. Especially the various triggers (although I think they’re called something else).

Thanks again for the podcast. I feel like we’ve just learnt the basics of automation on iOS. I’m excited with this latest iteration, where the next possibilities will head. If set up right, I think automations can really make our lives simpler and more streamlined and productive.

Great episode!! So good that I had to listen to it twice!

@RosemaryOrchard mentioned running a shortcut to get a list of to-dos when connecting to a specific wifi network.

Brilliant! (If it can be done

I’m enjoying this period. September’s going to be an expensive month hardware wise

Follow up on fighting leaves: don’t! Turns out I broke my ankle

But, WWDC still managed to be amazing! 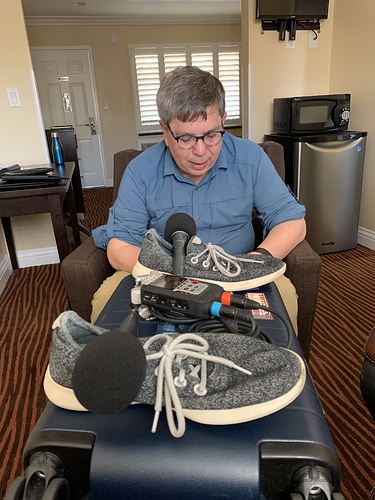 Apologies for the missing items, we switched who uploaded the episode at the last minute

It was worth the wait!

I’m not sure what would be worse:

having to deal with the medical system in the USA

I skipped that one because I misunderstood my insurance, oh well!

Hi all - I couldn’t see the reference to the set wallpaper shortcut that was mentioned in the show notes for episode 25. Could someone please point me in the direction to grab this?

Did you manage to get this to work, as I don’t seem to be able to retrieve todo’s with a specific tag.

Can’t send screenshots now, will do later if need.

But here you have the steps:

When your phone connects to that wifi, it’ll open Todoist’s tasks with that specific label

Is there any way to get the contents of the show as text I want to include them in an email.