Auto-reply to iMessages with Driving focus

For a long time, I have wanted to have an automation I can toggle to automatically reply to iMessage as they are received. I think this might have been possible to do with the Pushcuts automation server, but that was not a possibility because I don’t have an always-on phone. The Driving focus mode does have this autoreply message, but I could never figure out how to use the phone with that focus mode on (it won’t allow the phone to unlock without clicking “I’m not driving”). Finally, I figured it out! The Shortcuts action Turn [focus mode] On has the option to turn it on until it is “Turned Off.” This removes the “I’m not driving” prompt when unlocking the phone, so I can use the Driving focus mode while on vacation or similar to auto-reply to messages while still being able to use the phone. It’s a pretty hacky workaround but I was super excited to be able to do it and it might be useful for other people.

I’ll also add that shortcuts does have an automation trigger for when a message is received but it doesn’t allow you to run that automation without manually approving it. 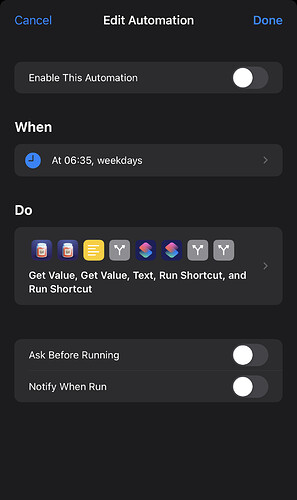 Message received trigger (no option to disable “ask before running”) 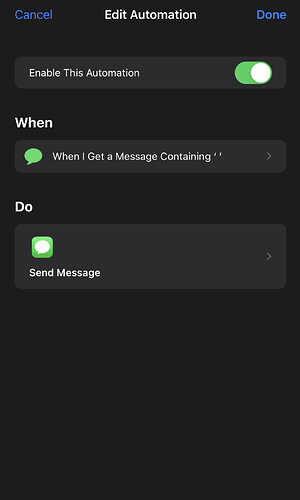