In this episode, David asks all the questions and we get into the nitty gritty details of how Rosemary's workflows and systems are being automated. From Hazel to Home Assistant, with a sprinkling of Airtable, there's variety and magic.

Why need Rosemary to be automated?

Another way to do less laundry, Rosemary, is to wear less! No I don’t mean bikini to work…

Then your regular laundry can be just undies and shirts. Get super lightweight shirts, at least 50% polyester. They take up less space, dry quicker, and don’t show wrinkles after being folded lazily.

Haha. I’ve minimised a lot of things - but I do like variety!

I just looked at your GitHub repo and you mention some git Diff tools but not the builtin open diff or whatever it’s called now (I’m an old NeXT/WebObjects dev) I loved and still love that tool and use it for git diff. It comes with Xcode but you have to install the command line utils of course, for those that don’t know. There’s another tool Better Diff or something like that which is cross platform but it requires a license.

And I love the other hints. I use ohmyzsh as well and have some customizations but not what you have. And there’s what that I won’t mention the name of that has me intrigued as to what it does

And the brew trick of dumping your list bundle is an awesome idea! Thanks!

One question: Do you automate any of your zsh commands from TextExpander? I ask because my current job requires using vagrant to bring up a k3s cluster and I have several aliases around master or worker nodes and am so used to aliases for that, but you don’t have many aliases or maybe you took them out of the .zshrc before you uploaded it to GitHub.

That one is correcting commands - the idea is you write something wrong, and when you get an error it helps you correct it with suggestions, very handy!

Do you automate any of your zsh commands from TextExpander? I ask because my current job requires using vagrant to bring up a k3s cluster and I have several aliases around master or worker nodes and am so used to aliases for that, but you don’t have many aliases or maybe you took them out of the .zshrc before you uploaded it to GitHub.

I use snippets in iTerm for that. I didn’t upload that config as it would reveal a lot of what I do for work and so on, but safe to say it’s a handy feature!

I like the corrections! I frequently mistype and the t key on my keyboard isn’t working so great! And I don’t know why I’ve never used snippets in iTerm before! Thanks again!

@MacSparky mentioned an Obsidian plugin he called “Custom Window Title.” That is, indeed, the name of the plug after it is installed. But to find it, you need to search “Community Plugins” in Obsidian for “Active note to window title”. In GitHub, it has yet a different name: 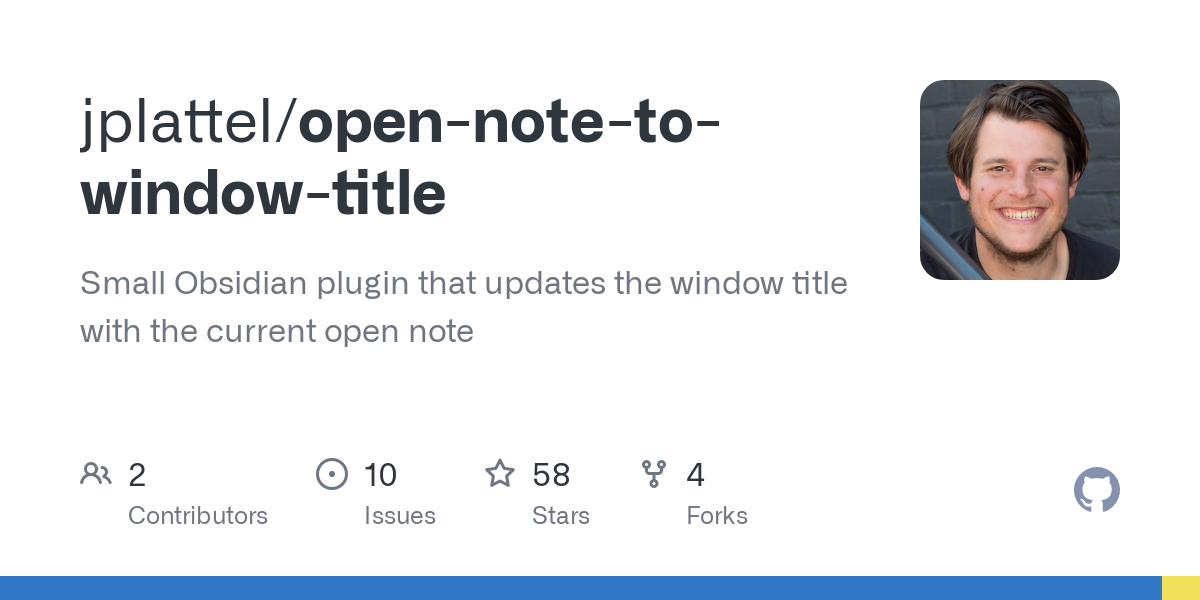 I also have trouble getting this to appear in the titlebar, so I create a one-line CSS snippet, put it in the Snippets folder within the .obsidian configuration, and toggle it on in Appearance > CSS Snippets. Here’s the CSS:

Great episode. @RosemaryOrchard had mentioned if given the choice between learning AppleScript or Javascript for Automation, you’d recommend the latter (even though it doesn’t have as many hooks). Is there a good resource for learning Javascript for automation? I found some Apple pages that look like they’re old. I’m even willing to get a (gasp!) book.

AppleScript for automating the Mac, JavaScript for everything else!

It’s hard to recommend resources, most things are targeted at the web which is a very different beast. I’d honestly start with Drafts and pick a problem to solve and work from there.

Thanks for the recommendations. I already know JavaScript, but not the hooks into macOS. But it sounds like AppleScript is your preference.

To be honest, I’ve found AppleScript hard to understand. I know it’s meant to be very English-like, but I can’t wrap my head around how it’s structured. I did find this great tutorial.

Seriously, I very much enjoyed this episode.

Is there a good resource for learning Javascript for automation?

Hi @oldblueday and @RosemaryOrchard. JXA is discussed frequently on the Keyboard Maestro Forum.

Another fantastic episode, but I must say at the end, I wanted more. No offense, @MacSparky, but there should be a complete series dedicated to @RosemaryOrchard’s automation!

I’ve noticed that Moon gets a lot of love on Automators. I’m sure it’s a great app, but there are several other excellent options. In fact, the Mac App store has a feature story on window management.

Personally, I use the very powerful window controls in Keyboard Maestro when the window management is a portion of a greater automated sequence. For me, this approach simplifies the debugging process that can sometimes get compounded when multiple tools are used for a task.

another great episode. I’m going to start a new thread about my Stream Deck Pedal. But specifically to this episode:

@RosemaryOrchard, I’m SURE you thought of this, but just to say the dumb thing anyway, it sounded to me like you might have a profile for a specific app that is application specific. my guess is that you’re manually switching to a profile and while in that profile you’re activating that app, which would automatically change to that app’s profile. and when you switch out of that app, you’d be returned to your default profile. any chance?

I got rid of app specific profiles a while ago (at least on that machine, at work I do have one for Teams), but it was worth checking!

Rosemary, I know on the episode you said you exposed your HomeAssistant devices to Homekit. Did you manually configure using the config.yaml file OR did you use the UI and adding the Homekit integration plugin through the user interface? Just curious. I know the manual method allows for more config options.

They allow for pretty much the same amount of customisation nowadays! I’m using a config file (my configuration is here).

@RosemaryOrchard Regarding occupancy. Maybe something like chair sensor would fix the issue? Also there is something called room assistant that uses rpi pi to locate you via ble devices and pinpoint it to specific room.

I use chair sensors! BLE is ok as detection, but I do leave my phone and watch in other rooms while I’m elsewhere at times so it’s far from perfect. I’m about to experiment with a thermal camera though.