88: Automating with Ryan J A Murphy

Dang, sorry about the amateur hour audio quality! I think I forgot to select the right inputs in Quicktime for audio recording…

This was a fun chat though. Thanks Rose and David for having me on!

I’m looking forward to it, regardless!

I’m interested in the “Shortcut related to wake up time”

Sorry about that! Some of the links were placeholders that should have been fixed before the show went live - they’ve been updated now.

Is it now called this?

Lemme know if you’ve got any questions!

Hey folks - great episode! I have absolutely been where Ryan is re parenting and trying to sneak out of the room!

One thing to note though is that this link is still broken:

UPDATE: Link to the video on developing a plugin

Goes to the home page for Typescript

I’ll race Rose this time. That one is here: 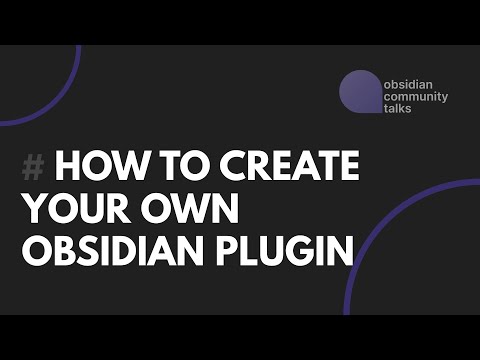 This is the second time recently I’ve heard someone lament something like the lack of overlap between tech/productivity and parenting space (and related, the gender divide that seems to exist where the former is more male-dominated and the latter more female-dominated). As a fellow parent-of-a-10-month-old I too want that resource. So if anyone knows of any such thing (or wants to start one!) please share! (And if you want to start that project, please loop me in. Not sure that I can offer much in the way of skills and expertise, but I’d love to be involved.)

In the meantime it was great to hear @ryanjamurphy’s automations for some ideas. I too look forward to the toddler follow-up episode (though it will probably be too late for us). I had considered what I could do with motion sensors, but I think it’s probably overkill for someone who hasn’t even automated their lighting yet (I feel like HomeKit stuff is only just starting to be available at a reasonable price in Australia).

Not so much an automation, but related to the discussion of setting timers automatically etc: I would recommend the Huckleberry app to any new parents from about 2 months up (though Ryan is probably mostly past this, at least until a nap transition hits). They’ve recently changed their ‘Sweet Spot’ feature to be part of their paid subscription but it does all the nap-related maths magically for you.

See also my post in the thread linked in the show notes re ‘when did I last change/feed the baby’ widgets. Those were super-helpful, though, again, we’ve grown out of them.

I had to laugh at the laundry-related automation. We’re using cloth nappies and so have all. the. laundry. Omni Automation (perhaps unsurprisingly) is helping keep us all in clean clothes over here.

For Automators, I would also consider the Arlo Baby monitor. It’s HomeKit-friendly and far from perfect, but it is pretty great being able to pull up on all devices. I have an Keyboard Maestro macro to bring up the camera in PiP mode on my Mac (and make sure the volume is actually set to a respectable level), and that has come in handy a number of times.

How do you trigger/start the daily routine shortcut?

Manually. In my use case, it depended on when baby woke up, and there wasn’t a reliable way to predict or detect that automatically!

Ah, I must have misheard that. I was hoping it was connected to something.

On the other hand, I already have a shortcut I run manually when I wake up, so I could connect it to that.

See also my post in the thread linked in the show notes re ‘when did I last change/feed the baby’ widgets. Those were super-helpful, though, again, we’ve grown out of them.

Shoot, I meant to mention those directly in the episode! They are very clever. We relied on Huckleberry for naps and feeding, which was excellent at the time, but now all of our data is trapped in the app with no real export abilities. It probably isn’t necessary to keep that data somewhere, but it would be nice to have.

For Automators, I would also consider the Arlo Baby monitor. It’s HomeKit-friendly and far from perfect, but it is pretty great being able to pull up on all devices. I have an Keyboard Maestro macro to bring up the camera in PiP mode on my Mac (and make sure the volume is actually set to a respectable level), and that has come in handy a number of times.

This is a great point, too. We’re using a Logitech Circle View for the same thing, and being able to check on baby from any device has been such a benefit!

I’ve been debating whether to take the plunge on Devonthink, and with the discount linked on this episode, I thought I might finally try. However, it seems like the link/code isn’t working and actually expired on Oct 31. Is there anything we can do to remedy this?

@ryanjamurphy Fantastic show and some great thoughts on parenting automation! You asked about photo sharing and we ultimately use iCloud Shared Albums. While everyone does not own an iOS device, at least one person in each household does, so we liked that as a better option than putting them on social platforms. It took about a month to get our families aligned but it works incredibly well now.

There have been many times I’ve asked questions on here but never felt “smart” enough to contribute to the overall community. Once I heard @ryanjamurphy talk about parenting automation I had some ideas to share. My twins are now 3.5 but I still use many of the automation from their toddler days:

Vocolinc makes a decent HomeKit diffuser that also serves as a nightlight. This is set to turn on the nightlight roughly when the kids go down for naps and nighttime. We’ve also previously used this to help with naps: red light means it’s still “quiet time”, green means it’s time to get up.

Well, thank you for all your suggestions, but particularly that enjoyable rabbit hole. I spent yesterday setting up Home Assistant on a virtual machine on my old iMac with the hass-arlo integration and now, when the white noise is turned on using the button on the side of the Arlo Baby it turns on a red nightlight. If it’s between 8am and 7pm it leaves it on for an hour then turns on a yellow light, which stays on for another half hour and then is replaced by a green light. It does a similar thing in the morning, and also now turns the light off when the white noise is turned off.

Is this a necessary automation? Definitely not. Will Mr Almost-1 understand why his light keeps changing colours? Nope (at least not for now). But it was fun–certainly more outside of my comfort zone than other automations I’ve implemented–and is a cool little visual indicator for me as to how long he’s been down for a nap.

Now I just need more HomeKit stuff to play with…this is literally all I have.

I would love to find a way to automatically trigger a Shortcut to change my watch face (and maybe put it into “Water” mode to avoid little fingers) when it’s turned on or off (and I’m home) but I suspect there’re not a way to do this without confirmation at the moment, certainly while my always-on iMac can’t be updated to the latest OS and I don’t have a PushCut server…but open to any suggestions.