Somebody was going to ask it. Now that I’m spoiled by tricking out my phone screen with custom Scriptable widgets… I can’t stop myself from imagining the same widgets on Big Sur. Anybody thought of a way to get there?

Simon hasn’t actually said anything about when (being soon or otherwise) as far as I know.

He has been considering a beta test of a Mac version as per the link above, but I think that’s as far as it has got to date.

There will inevitably be some challenges to overcome before a Mac version of the app is ready for general release.

Want to test Scriptable for Mac? The first builds of Scriptable for Mac are going to be *very* rough and unpolished. Expect plenty of bugs. But at least widgets seem to work. Haven't discouraged you yet? Get a build here 👇 scriptable.app/mac-beta/ https://t.co/QSEefay0F7 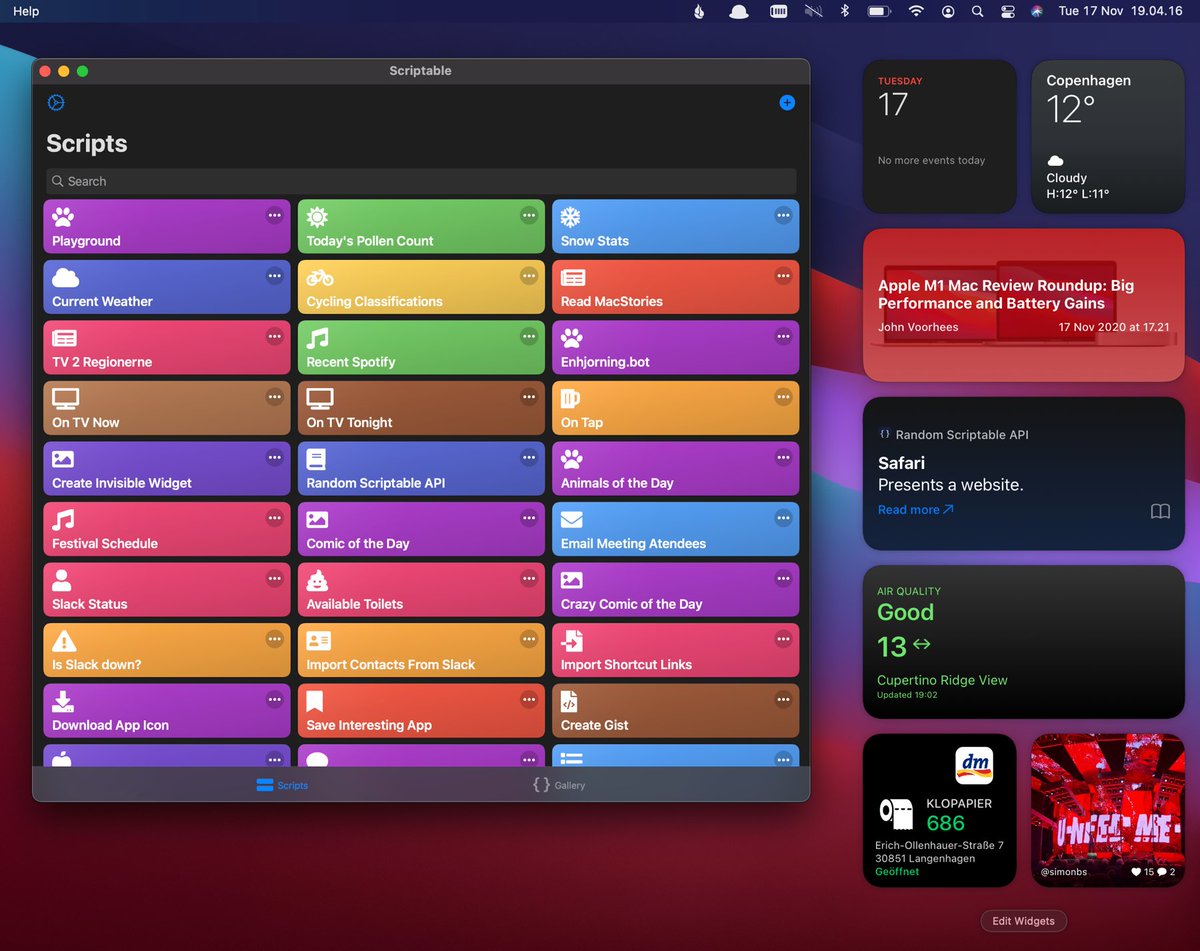 Just going to vouch here that I simply downloaded, opened Scriptable and ran my widgets. Everything has worked flawlessly. Your mileage may vary. But I’m super impressed.

And this is small beans. Except not. It’s really nice to configure / edit a script on Mac OS and then pick up later where I left off on iPadOS with everything syncing so effortlessly. Small detail but further reducing cross-platform friction.

Ditto, so far so good. Very impressive Simon! I’ve yet to jump in with Catalyst, how was the process? Straightforward?