You could use the Open in… 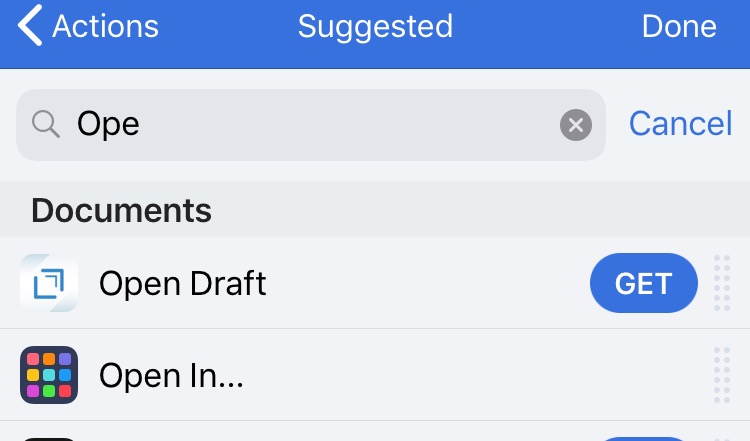 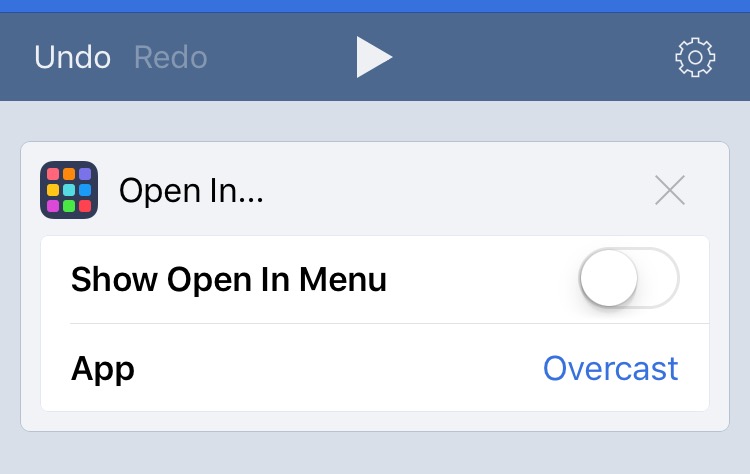 You can open the URL overcast:// to open Overcast.

Right now there’s no way to play in Overcast, so as others mentioned you’d have to open it and start manually.

However, once iOS 12 drops I bet that Marco will implement a shortcut that uses the new Play Media intent in Siri that lets you start playback of media in the background (you can see this in the Podcasts app’s suggested shortcuts). He should be able to create shortcuts that let you resume a podcast, play the next podcast in a series you usually listen to, and start a playlist – but it does depend on how he implements it.

In the meantime, here’s how I’d do the morning commute thing in Shortcuts, especially now that Siri will be able to read out loud the new Show Result action automatically. 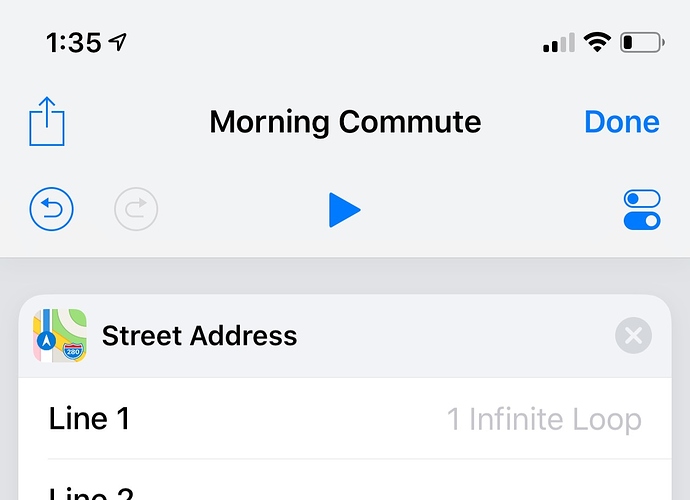 I figure Travel Time is what you want before you start listening and get directions, so this speaks that to you.

Then it opens Overcast so you can start something, then the Wait To Return action pauses the flow until you hit the back button in the top left for Workflow or Shortcuts (depending on what you’re using) and it resumes to finally get directions.

If you’re doing it in Workflow I’d probably use Show Alert instead and run this from the widget.