Shortcuts Beta can be requested by developers 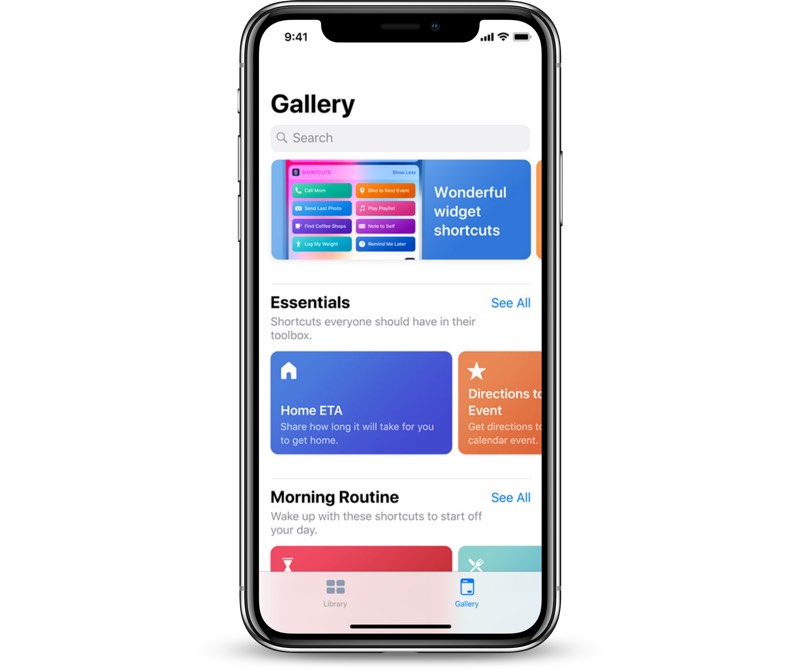 Apple today introduced a beta version of the Siri Shortcuts app that's been designed for iOS 12, which developers can request access to through...

You need to have a developer account to request the beta, I have naturally done so already! 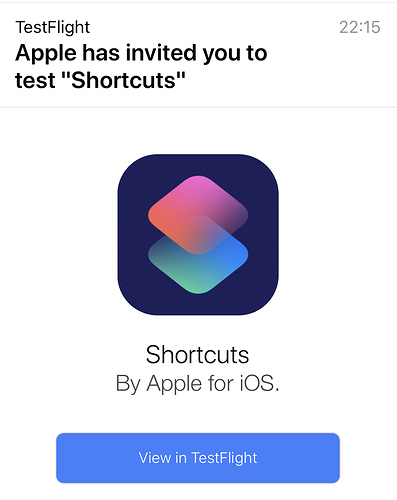 I’m in! Time to do some deep diving!

Awesome! If it’s been done through testflight, I wonder if this means they plan for the app to be updated through the app store (like iWork) after launch instead of through the operating system (like Mail, Music, etc.). If so, that would be fantastic, and means that maybe can see something closer to the awesome pace of innovation from Shortcuts as we did from Workflow pre-acquisition.

Did anyone try the Shortcuts beta on < iOS 12? Does it work there as a newer version of Workflow (without the Siri shorcuts)?

They’re separate apps, at least right now. I know someone on Reddit in /r/workflow said it was crashing on 11 for them.

Requested it yesterday with one of my developer accounts, but did not receive an invitation (so far?).

How long did it take for others? And if you did get one, were you in the Workflow beta before?

I requested and it arrived within an hour - but not to the address I requested it at. I have a feeling they may have chosen people very involved in the Workflow community to start with.

That may actually be true. I don’t have an Apple developer account at all … but I do have the Shortcuts beta app

REALLY looking forward to this. I’m on the public beta, not dev.

I’m especially interested in seeing how the system manages the storage and organization of shortcuts/scripts. As I gathered more Workflows I found the organization getting a bit problematic.

I just got my invitation and was not on the wokflow beta list before!

I just got my second invite!

(It can’t be shared sadly.)

On the email address that is attached to my developer Apple ID at work, but opening the link in my work email led to a page with a TestFlight redeem code that I could use to install the Shortcuts beta with my personal Apple ID on my personal iPhone (which I use to learn things that I can apply at work).

I have it installed on an iPad running iOS 12 public beta and an iPhone X running iOS 11. Some of the newer system actions and Siri support are not available, but has worked ok so far.

I am running it on iPhone X, iOS 11.3 and so far no crashes. Some limitations though (no Siri integration)

Form what I read/heard, it will ne distributed/updated through the AppStore as a stand-alone app, not as a system app.

Siri shortcuts would be only for IOS?

Right now, yes! Hopefully we get a Mac version next year

Hopefully they will do a public beta as well!