The shortcut was triggered from the share sheet of a screenshot and the first action was to take the image passed into the workflow of the screenshot and save it to a designated iCloud location.

After working for a couple of years. Suddenly, it now no longer passes the image to the workflow. The attached one line workflow demonstrates the issue if you launch it from the share sheet in the screenshot image editor - quicklook reports no image passed.

There is a work around to save the image into photos and the launch the shortcut from the photos share sheet in which case the image is passed, no problem. But its infuriating. I lost many images I thought I’d saved as it fails silently.

Anyone managed to fix the bug / report it ? 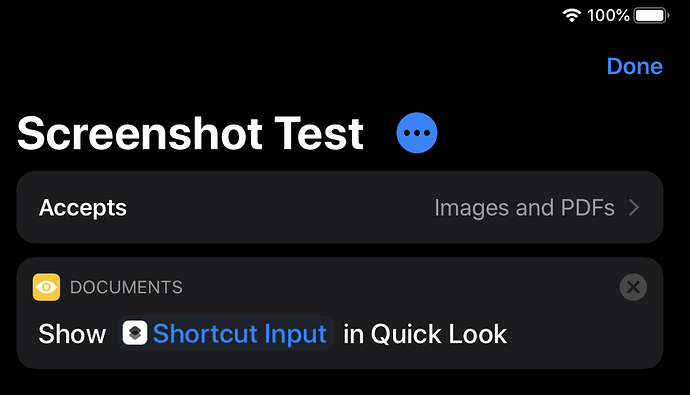 I get the same issue trying that, but Scriptable seems to receive the screenshot okay, so as an option to consider as a workaround for now, you could reproduce your save to iCloud process in Scriptable.