Is it possible to create robust filename and directory independent File Links?

Applications like Hook https://hookproductivity.com/ ( a link manager) create robust file links. You can change the directory name, the filename etc and the link will not break. I use Hook many times a day and it works flawlessly. The downside is that my links are hook proprietary and if they go out of business I am cooked.

The norm with file links seem to be unix and url file paths which break when the name of the file or the directory is changed. The fact that Hook links work means that the possibility exists of some kind of unique file UUID akin to Bear or Evernote note UUIDs. You can move Bear or Evernote notes around and links to those notes still work.

I can’t understand why, in this day and age, this is not the standard for file links, which assume that the general file/folder configuration will remain static until the end of times, and if there is a solution that I can implement today.

The downside is that my links are hook proprietary and if they go out of business I am cooked.

Only once the software no longer works on the OS. Hopefully, that gives you transition time, and it is no different to many other pieces of software that we use to enhance our Mac experience.

The norm with file links seem to be unix and url file paths which break when the name of the file or the directory is changed.

Yes. Think of it like an office address or telephone number. It is a virtual location associated with a contact. Sometimes you might want the person, but other times you just want whatevet/whoever is at the location. Same with the files and folders. Sometimes they are replaced; but other times it would be ideal to have the location of the specific individual.

I can’t understand why, in this day and age, this is not the standard for file links, which assume that the general file/folder configuration will remain static until the end of times, and if there is a solution that I can implement today.

There are two types of links. Location and individual. Mac, it’s location or file (for Hook I use file here to sub for any compatible object). What Hook is providing is the latter, but we still need the former.

The fact that Hook links work means that the possibility exists of some kind of unique file UUID akin to Bear or Evernote note UUIDs.

And that is part of Hook’s secret sauce in its feature set. It doesn’t mean everyone can do it, and they of course had to develop a full-blown app to do it.

Thank you very much. I will keep in mind the distinction between individual and location.

I am frankly dumbfounded for someone as brilliant as you individual links remain a mystery, since you refer to Hook’s secret sauce.

I don’t know what Hook’s developers use, but I suspect part of their solution includes inodes, which are unique for each file on a volume and don’t change. You could make a linking system based on inodes, I suppose, but you’d have to set up your own URL scheme and write a small app to translate between inode and file path. Which would be a less capable form of Hook.

Yeah, “hooking” into inodes is probably part of it. They certainly also keep a local database, which is presumably to enable not only the cross-referencing, but probably also identifiers for non-files like e-mails or drafts in Drafts. I may be wrong, but I think that there’s still something special going on with files and folders. As far as I know, inodes are specific to their generation, allowing them to remain consistent/intact across physical/cloud sync systems and version control between Macs, but that surely shouldn’t be true in the sense they describe here where a generic link to a “well-known file or folder” can work on anyone’s Mac (with Hook installed)? I’d guess they are combining the location and identity difference I highlighted earlier to be able to account for this; but then again they could be doing something entirely different. Whatever it is, I don’t think it is a trivial matter to reproduce.

Which would be a less capable form of Hook.

Agreed. I think you get a lot more utility with Hook than just identity tracking links.

Sophisticated software according to your comments, and the company basically seems to be 2 middle aged gentlemen with a background and many publications and books in … psychology and management.

In addition, one of the CEOs seems to be managing the forum, doing the support, working on the software and working as a university professor with all that entails and in itself is a full time job. 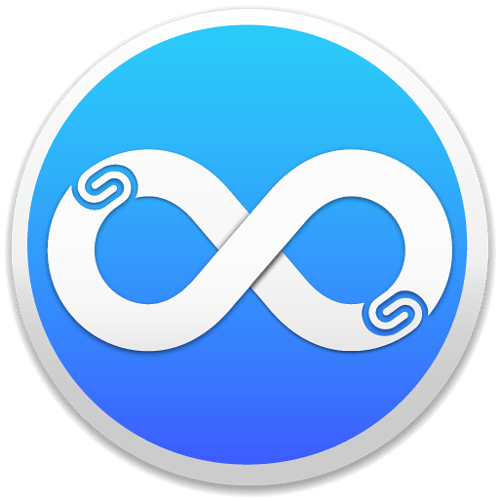 About Us - Luc Beaudoin

About Us - Luc Beaudoin

I am not criticizing Hook which is an excellent product with robust links. I am just saying that I would have expected some kind of tech savvy team. The description of the team is rather sketchy to say the least.

that being said, I am an amateur and in no position to judge, but I would be interested to know what you think.

Brian’s page doesn’t quite match to your description (he’s got a Masters in computer science and at least 15 years software development experience), the contributor page is probably vague rather than sketchy in my opinion. My interpretation is they might have contractors rather than staff. As for university professors having their own private revenue streams, not all that uncommon in my experience.

I’ve been in IT for a few decades now and as well as having been a developer, I’ve had the pleasure of working with many developers. I’ve actually worked with more developers who did not study computer science at university than those who did. plus programming is at the end of the day a set of tools that anyone with the desire and patience to put in the effort can apply themselves to. Many great apps out there are created by solo developers who picked up coding as a hobby and packed in their day job to devote their time to coding.

All I can say for sure is that I do actually use the app, it works fine for me, and I see no particular reason for me not to be using the app for years to come.

thanks very much. Something I will keep in mind. And the fact that you use it is quite an endorsement. If you use proprietary links, it means that you expect such a small company to be around for quite some time which reassures me.

I looked him up as you suggested and now understand. thank you very much.

If it is not asking too much, would you have the patience to explain

thanks very much, and if you don’t have time to reply, no problem at all.