Automators #23: Diving into Drafts Automation with Tim "The Drafts Man"...

In this episode Rosemary and David get Tim the Drafts Man to talk about how he uses Drafts, sharing actions, tips and tricks.

Great! Just got myself a plan for tonight!

I owned Drafts a long time ago and never knew what to do with it. I subscribed when Drafts5 came out and have been using it as the quick entry app for everything, from Todoist to Omnifocus.

And this episode has shown me even more ways to utilize the app.

I never thought of Drafts as a way to dump the contents of your brain for later triage. That was a lightbulb going on during the show.

Now I just have to make sure I configure it correctly because all my Drafts live in the inbox at the moment and that’s no good for this approach.

I have an “Inbox” workspace, which is everything that is untagged. Then I know that’s my “real” inbox and everything else has been filed.

Mine, unimaginatively, is called “Untagged”.

I have an Omnifocus task I perform weekly (and bump the task by a week) to process my Untagged workspace.

I love Drafts, it’s essential to my workflow and I keep adding use cases for it all the time.
I’ll be borrowing the action to capture a task and send it to Reminders whilst in another draft - that will speed up some quick entry and avoid a build up of new drafts I don’t need.

One of my fave use cases for Drafts is when I’m in work meeting mode, I capture a lot of notes and actions, some for myself and some of other people. I run an action that searches for ‘Action - Mike:’, removes that bit of text and sends the rest of the line as an action in Reminders. It just saves me searching through my meeting notes and picking out what I have to follow up on.

I heard that in another podcast with you and its really an awesome idea!
I created an INBOX workspace, too and created some small actions to sort it quicker (I use it as a keyboard):

Stealing this! I should have a keyboard group for tags I frequently add.

Tim’s Remind me of script is not passing the due date to OmniFocus 3. It doesn’t save automatically and return to Drafts also. Can someone take a look at it?

Actually this goes further the „add tag from category“ Action always fetches all tags and sorts them by categories (prefixes) I use to structure them (e.g. @ for areas, : for persons, # for status like todo/Review/waiting4, /ref- for e.g. reference or /fin- for finance things and of course /pro- for projects) it creates a prompt where I can select the category and then another prompt to select the tag in this category. There is also a button to create a new tag in the selected category. In the end, it asks if I want to add another tag or finish the tagging of the draft.
The predefined tags action of course includes only important tasks i regularly add and the recent tags action is something i don’t use that often but it fetches the recent used tags and diesplays them.

Great episode as usual, inspirered me to download it. Thought i would use dictation with Siri Shortcuts to make a hands free diary, but how do you stop dictation with voice command in drafts?

As fast as I’m aware, all Siri dictation is currently based on pauses or taps. The Drafts extended dictation obviously can’t rely on pauses (few can continuously dictate without inadvertent pause) and so is based on taps to stop.

Thanks for the reply sylumer. I was sort of looking for a keyword to stop the dictation like “stop dictation”. I would very much be able to make a short note/diary without having to pick up my phone.

Yeah, I got that, but the issue is as always, the voice assistant being able to pick out a command from text dictation. Drafts uses Siri for dictation, and Siri doesn’t support that as it just, somewhat overzealously I find, waits for a brief pause to end dictation. Drafts is perhaps subverting normal Siri behaviour in terms of run length, but it can’t change how the dictation engine actually operates.

Yes that is true, thanks for the pause info, i will try that perhaps i can live with just waiting it out

Recent guest, Dr. Drang, wrote up about how he uses Drafts (and Castro) today! 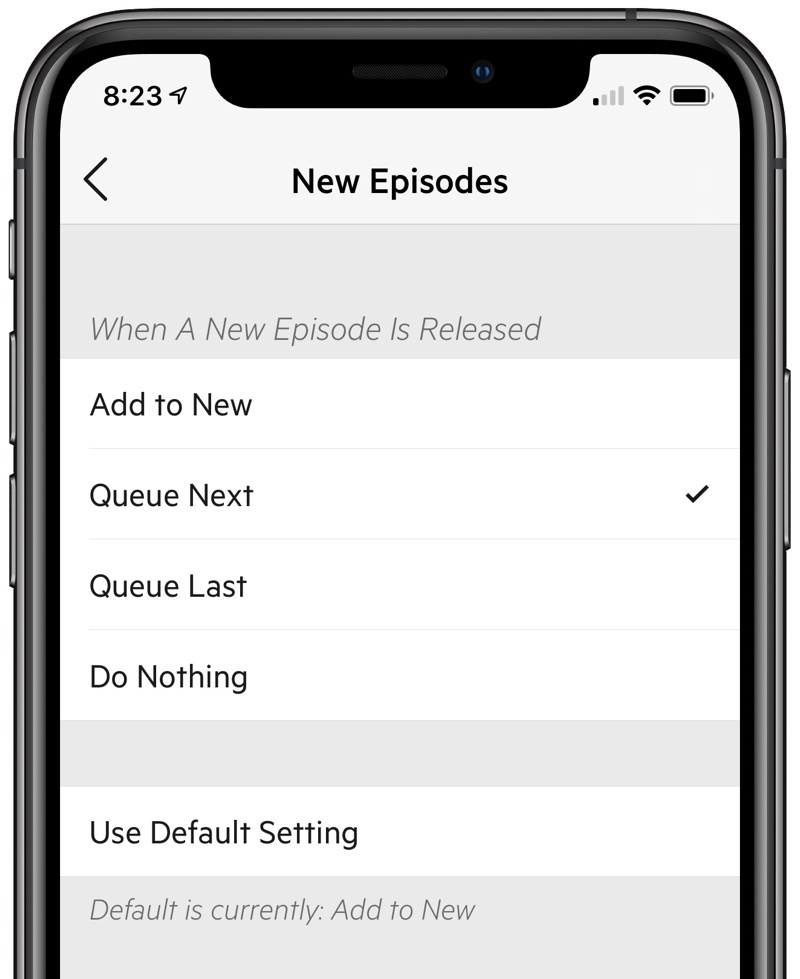 Signature features - All this

Lesser-known features of an app are often just as important as the ones that get all the attention.

I have an “Inbox” workspace, which is everything that is untagged. Then I know that’s my “real” inbox and everything else has been filed.

I have something similar, but whilst I would have called it “Inbox” I didn’t as every workspace has an “Inbox” and I hate multi-faceted meanings in apps; I deal with system contortions like that enough in my day job.

I ended up calling my workspace “Origin” as it’s where everything begins. It is set to show untagged drafts, and is what my app badge count is set to monitor so I can keep it low to zero’d

When a draft is assigned one or more tags it’ll typically end up showing in another dedicated workspace. For those that don’t I can clear filters to list all drafts, but I found having a workspace set-up for that is often quicker and easier to access; especially with helper actions that select workspaces (and trigger action group keyboard row selection). As a result I also have a workspace called “Everything” purely for quick access.

As I use GoodTask, which allows you to sort a list by specific tags, I added one more step and created a keyboard for the different stores I shop at (Aldi, Trader Joe, Target, HyVee, Costco, etc.). Then I go thru the list and add a tag for that store to the line, moving to the next line. That way when I move them all into reminders, and show them in GoodTask, they are sorted and grouped by store. Works brilliantly.

@RosemaryOrchard - could I ask for some help with your awesome OF TaskPaper Keyboard?

Anyways to my question -
I am using the your keyboard buttons in conjunction with a script I found here (http://actions.getdrafts.com/a/1Pw). This is great! I use Drafts to capture my meeting notes and when I capture an Action for me I just prefix the line with a “-”, use your buttons for defer dates tags etc. End of the meeting I run the action and Bingo! I am all set. The gap I have is that I use some very standard projects (Single Action Lists etc.) and would like to assign within Drafts and remove a processing task in Omnifocus. Any thoughts on how I can add this syntax in Drafts?