Any way to trigger a drag-and-size screenshot and save it to a particular folder?

So generally I use my screenshots for just taking temporary photos that I delete after a while without checking every photo. However, sometimes I wanna take a screenshot of something I wanna save for later even if it doesn’t have an immediate next action. For example I might see a website with a very nice layout or UX and wanna save a screenshot of it for later (not always websites. Might also be a nice ad on facebook etc so saving URL doesn’t always work).

Any idea how to this? 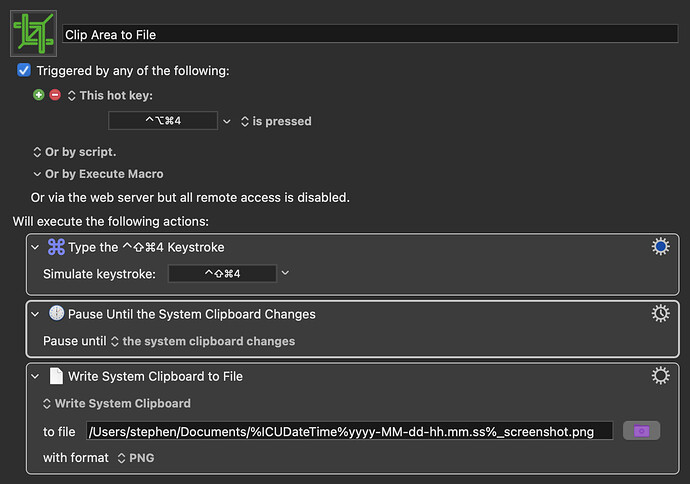 It triggers the shortcut to copy a selected area to the clipboard, waits up to 30 seconds for the clipboard to change, and when it does, it saves the image to my Documents folder, with a timestamped file name, as a PNG file.

Aha! Of course! That’s a simple and perfect solution. Thanks wouldn’t have thought about using the clipboard for this.