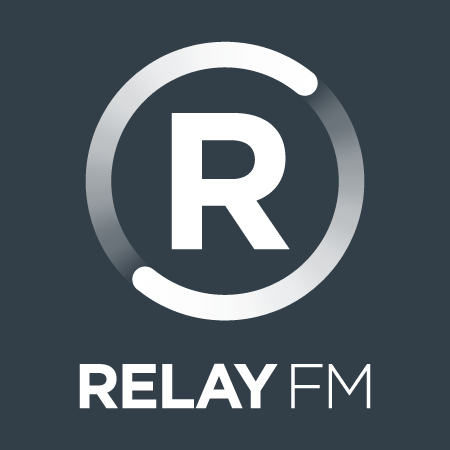 In this episode, David and Rosemary talk about how you can automate various aspects of meetings - from invitations to notes, and more!

Good stuff and timely for me. I am a project manager and I finally pulled the trigger on the Drafts subscription to solve my meeting minutes problem. Getting minutes to attendees has been such a hassle for me, and Drafts was a godsend.

For my regularly scheduled meetings with a set audience, I created an action in drafts to help me send minutes following the meeting. Here’s my general flow as well as a blank action to copy if you are interested.

Edit: It seems there is no good way to share a Drafts action. Here is a screen shot to give you an idea. 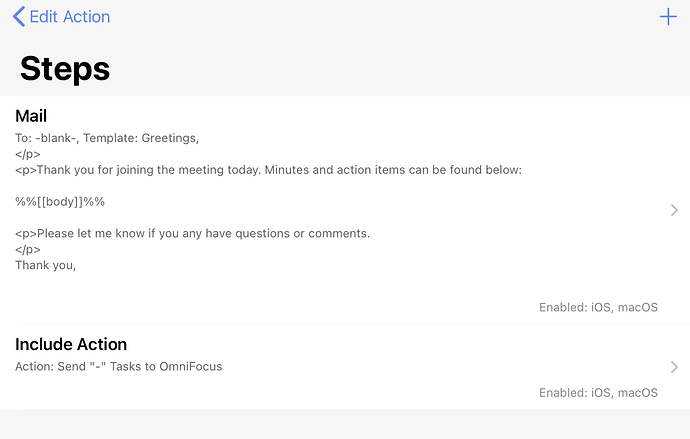 For ad-hoc meetings throughout the week, I typically open a draft and start typing during meetings. I created a shortcut that looks for calendar events from today, I choose one, it grabs the attendees, I then search drafts for the associated minutes, and an email draft pops up for me to send out. Lastly, it will run the Omnifocus “-” action to send my tasks to my inbox. Enjoy.

As a workaround to Shortcuts not being able to add invitees to calendar events, I like putting their email addresses on the clipboard and then showing the compose sheet for the calendar event so that I can easily paste in as a last step.

Not glamorous, but serviceable.

Thanks for a great episode!

It says this is your first time posting here @heyscottyj so welcome!

Hey, I know this is late to the game, but I wanted to chime in regarding Michael’s question about his task that repeats every three days.

Like Michael, I have a similar need, and I decided to have a task created by Shortcuts on every third day, instead of the repeating task. Probably for the same reason as him. If this helps, this is how I got Shortcuts to do it:

I SET VARIABLE to the Current Date. Under Date format, I chose Custom, and “DDD”. That is the number of the day of the year, between 1 and 365. Then I use the MATH action. Under Operation I hit the “…” button and under Scientific Operation, I chose Modulus. For the Operand, I entered 3.

This is going to take the day of the year, divide it by three, and return the Remainder of that calculation. This means that on every third day, the remainder will be zero.

Then I do an IF statement. If the Calculation Result is Zero, then create a task.

If this idea works, but every third day on the calendar doesn’t line up with when you want it to start, simply add 1 or 2 to the variable before doing the MATH calculation.

I have this tied to my wake up alarm, as David and Rose suggested.

I hope this helps! (if it does, but I’m not explaining it clearly, I’m happy to go back and add screenshots.)